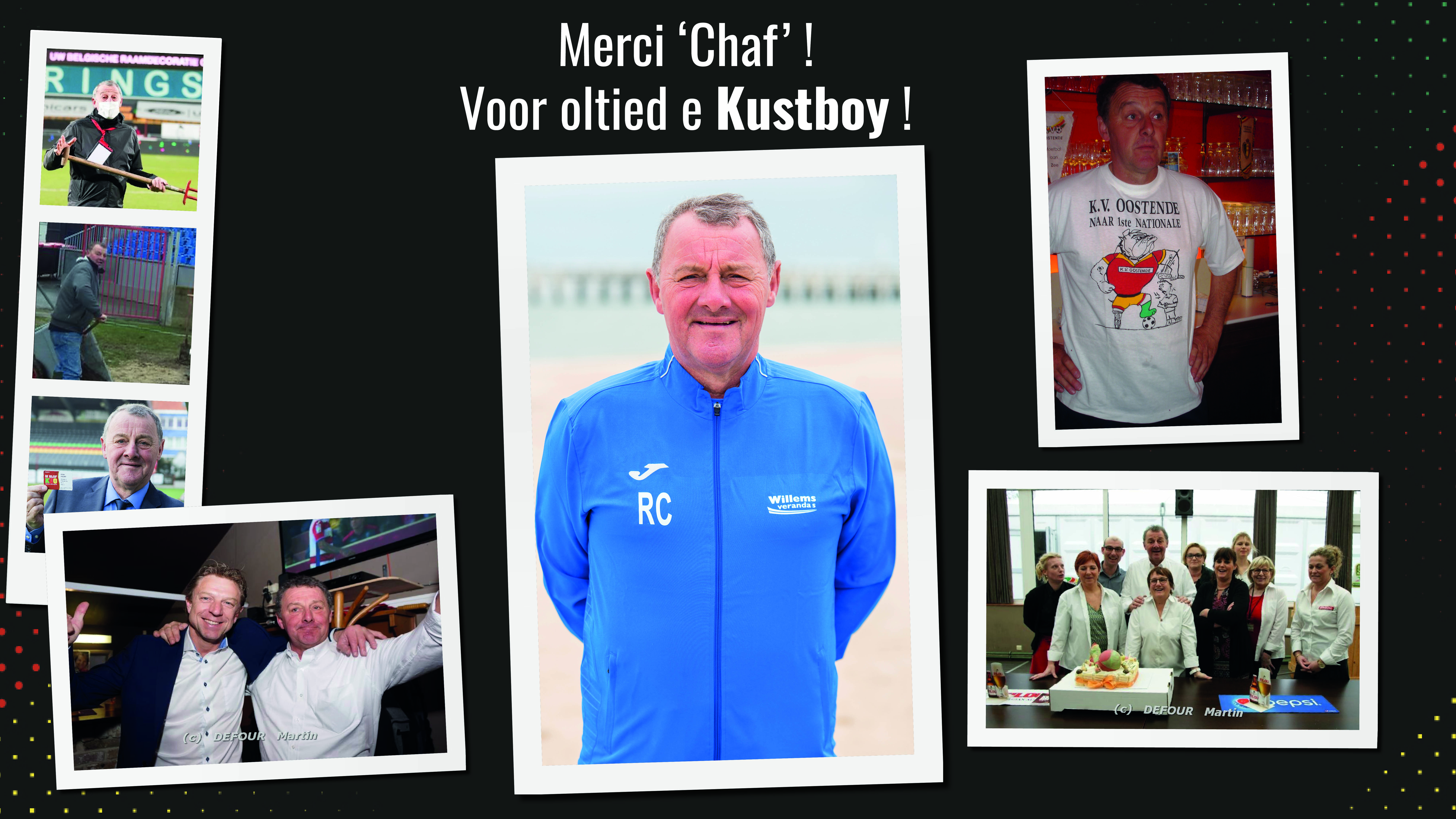 Starting next season, the hospitality industry in the Diaz Arena will be slightly different. Club icon Tony Obi will move to the New Club 31 and Obi's Pub will be owned by Verkindere. This also means that after 30 years, we say goodbye to Robert 'Chaf' Chaffart as manager of Club 31.

'Chaf' had been the operator of the Club 31 since the early 1990s and when the old stand was knocked down and the new stand was erected in 2016, he moved to the 'New Club 31'.
In addition to being canteen keeper, Chaf was also a jack-of-all-trades for many years: groundsman, handyman, equipment man,... There are few things that Chaf has not done in those 30 years.

"Chaf has had an impressive career at KVO and we are extremely grateful for that," So says COO Thorsten Theys.

"With a lifetime season ticket for him and his partner, Chaf will always be welcome at KV Oostende. We hope to see him back often in the Diaz Arena and above all wish him a well deserved retirement."