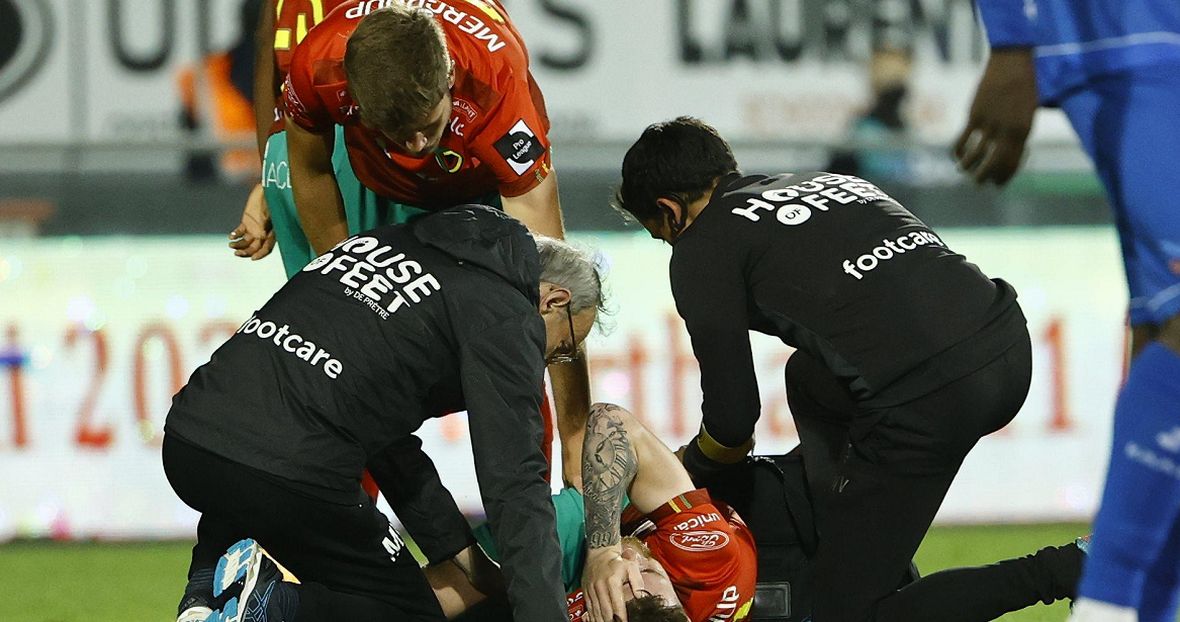 We went to visit our long-term injured players Cameron McGeehan and Indy Boonen. They are revalidating in Antwerp and tell us how their day looks like. You can see the result in the YouTube video below.

Here is an overview of all injuries:

Manuel OsifoDue to health problems, he won't be training for a while. Manuel has to rest and take medication. His situation is monitored daily, but it is not yet known when he will be ready to play again.

Robbie D'HaeseThe latest scans show no more injuries to the adductors and he should be able to join the group from Monday.

Cameron McGeehan: After his ankle surgery, he is now completing an individual rehabilitation schedule, including three times a week with Lieven Maesschalck in Antwerp. He should be able to resume playing ball in November.

Indy Boonen: Torn Achilles tendon and also rehabbing at Lieven Maesschalck in Antwerp. He is on schedule and hopes to be on the training pitch for the first time in January-February.

Anton TangheHe suffered a small tear in his calf, but may return to the squad after the international break.

Steven FortesHe was not yet ready to play at Sint-Truiden after his muscle injury, but is training again with the group and played in the friendly against Zulte Waregem.

Brecht Capon: suffered from severe cramp during KVO - Anderlecht. At STVV, he was still hampered by it, so he had to be replaced in the 79th minute. He took it easy for a couple of days during the international break, played a quarter of an hour against Zulte Waregem and rejoined the group on Monday.