Former players Franck Berrier and Sébastien Siani and supporters federation Kustboys organized in April and May a crowdfunding campaign and online auctions to give KVO a financial boost. These actions yielded a total of € 49,564. This sum was divided between three actors: youth work (40%), social projects (40%) and supporters' work (20%).

After the takeover by foreign investors KVO was financially saved, but in April 2020 the situation was less rosy. The takeover had not yet taken place and the club had not yet been granted a licence, meaning that relegation to first amateur was lurking around the corner.
Ex-players Franck Berrier and Sébastien Siani started a crowdfunding to raise money to give the club a boost. The supporters federation Kustboys organized -together with the French Les Chtis Collecteurs- Then again there was an online auction and KVO itself sold all the 'match worn shirts' from last season. All actions together resulted in a total of €49,564. The money was divided between three actors: youth work (40%), social projects (40%) and supporters' work (20%). 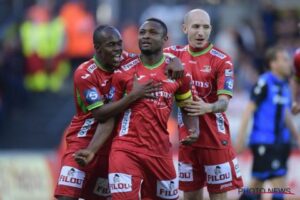 Former players Franck Berrier and Sébastien Siani were the driving forces behind the online fundraiser. "When we set up the action, KVO needed €2.7 million to carry out a capital increase," according to Franck Berrier. "Raising an immense amount like that was unrealistic, but we didn't want to just wait and do nothing. In the end a lot of people contributed and in this way we created a close-knit KVO community. In the end, the acquisition by foreign investors was crucial, but through this crowdfunding we also put our money where our mouth is."

KVO youth product and current player of the German FC Köln Birger Verstraete has already made a very solid contribution with € 10,000. "I grew up on the Schorre. As a youth player, I spent almost every day there and even trained there until last year. The entire youth work counts more than 600 players, something like that just couldn't disappear. That's why I absolutely wanted to contribute to this action. Also because a large part of the money goes back to the same youth work and social projects. 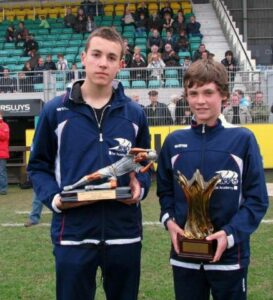 Besides the youth work and social projects, the supporters' work also received 20% of the cake. The supporters' clubs also made a substantial contribution to these actions.
"In consultation with KVO, we started an online auction that included game shirts and artwork, and supporter Tyhiesa Govaert sold mouth masks. Also the KVO ambassadors Martin Heylen, Guga Baul, Kamagurka, Harry Van Barneveld, Koen Van Impe and Herr Seele are committed to these auctions. Among other things, a unique 'KVO Cowboy Henk drawing' by Herr Seele sold for no less than € 1,000," So says Kustboys chairman Peter Van Nuffel. 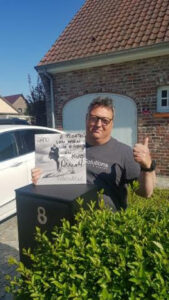 "That drawing was immediately the item for which the most bids were made," adds KVO's press and communications manager, Bram Keirsebilck on. "An autographed shirt from AS Roma striker Edin Dzeko delivered € 955 on. That shirt came to KVO via Adnan Custovic, who is a compatriot of Dzeko. On a gesigned LP of Arno became € 865 offered. Former players and trainers like Adam Marusic, David Rozehnal, Rocky Bushiri, Fernando Canesin, Lars Wallaeys, Frederic Brillant, Laurent Depoitre and Yves Vanderhaeghe also donated clothing for the auction. It was nice to see that they still care about KVO." 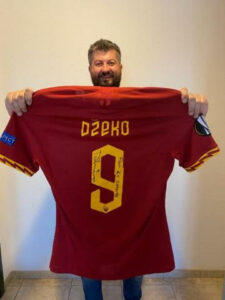 In the end, all actions together resulted in € 49,564. This money was fully allocated to the youth work (€ 19,825), the community work (social projects) (€ 19,825) and the supporters' work (€ 9,912).
"At the start of the actions, it was already communicated that the money would be used to spite these three actors," so continues Bram Keirsebilck. "We think it's only natural that just these three segments get the money. The youth work is with 600 youth players the cornerstone of this club and performs a not to be underestimated social role in Ostend. Also with our community operation As a club we take our social function to heart. A good example is the cooperation with VZW Duinhelm to support our G-team. Last but not least, there is also money flowing to the supporters federation Kustboys. They helped set up these fundraising campaigns and also transferred money from the supporters' clubs. 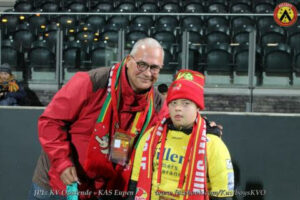 Add to this the personal contribution of many fans and all this ensured that the actions were a success. Not only was a nice amount of money collected, but these initiatives show that KVO can count on a close and loyal community. The solidarity of the fans was great and we were satisfied with that. Therefore KVO as a club also made a small gesture to all participants. From Every fan who contributed will soon have his or her name immortalised in our stadium and those who contributed from € 50 or more also received one or more Filou set packs as a gift. 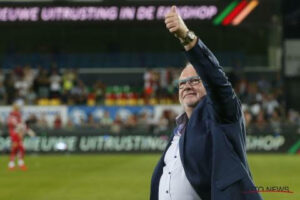 The last word is for chairman Frank Dierckens. "I want to thank all supporters for their support of these projects. It was not only financial support, but maybe even more mental support in difficult times. We have had some difficult months and when I see how many fans sympathised with our club, that's what you do it for."