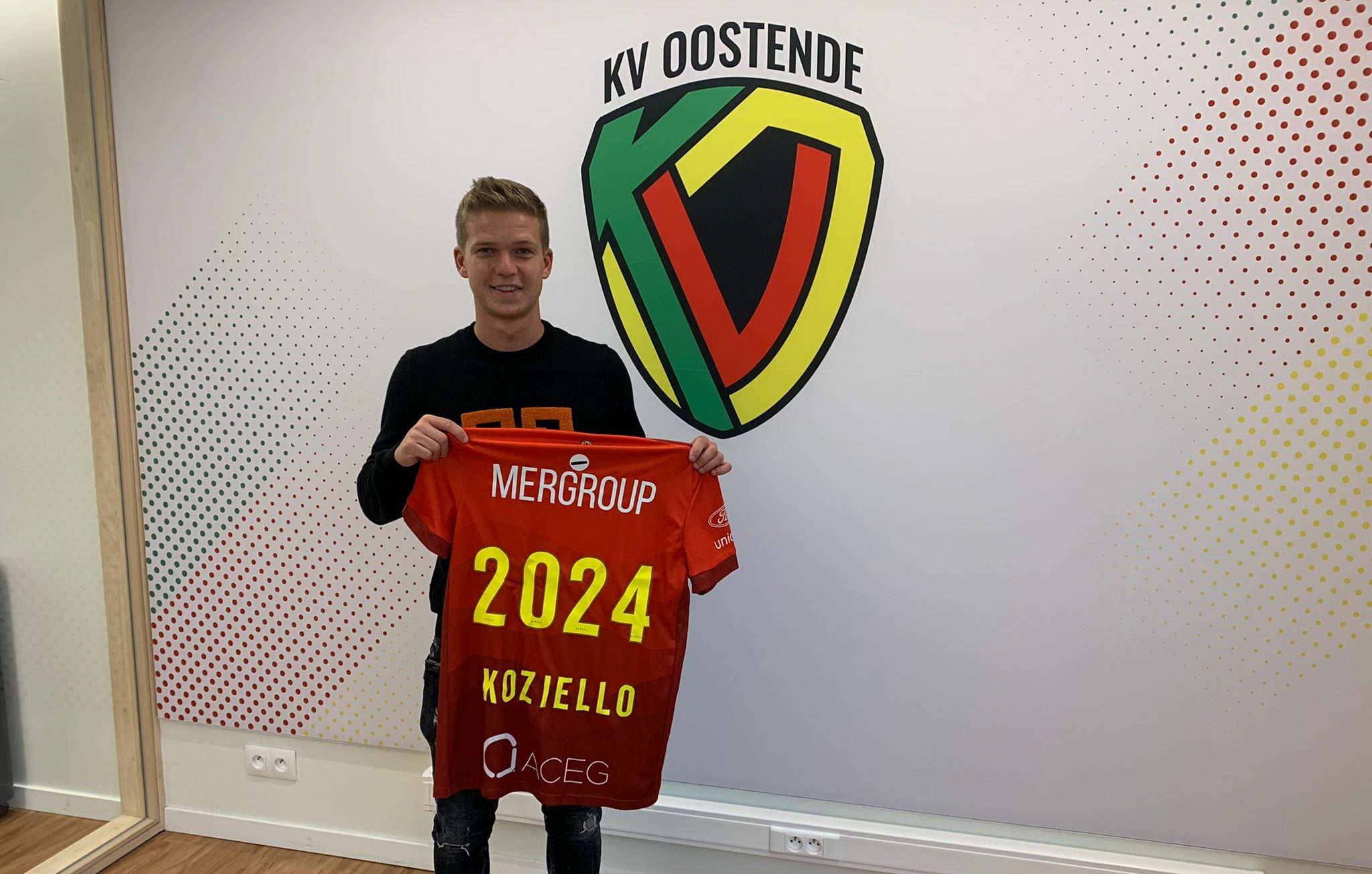 Creative midfielder with experience in European competitions signs with KVO

KVO has contracted midfielder Vincent Koziello (25) for three seasons plus option. The midfielder has experience in the French and German first division and played in the (preliminary rounds) Champions League and the Europa League. "This is a top transfer", says Gauthier Ganaye.

Vincent Koziello, a Frenchman with Polish roots, started playing football in the youth academy of AS Cannes, where Zinedine Zidane also took his first football steps. From there it went to OGC Nice where he completed his formation and also made his debut in the first team. He was 19 years old when he made his Ligue 1 debut with the southern French club in October 2014. The following season, 2015-2016, he broke through as a key player. With six assists and three goals, he was even nominated as the 'Best Young Player in the Ligue 1. The title eventually went to none other than current Barcelona player Ousmane Dembele.

The following season (2016-2017), Koziello logically remained a key player and also got to know the Europa League, where he faced Schalke 04 as an opponent.

In the 2016-2017 season, Nice was sold to the likes of Paul Conway and Chien Lee - now also shareholders at KVO - and the club qualified for the preliminary rounds of the Champions League for the first time ever. It eliminated Ajax, but Dries Mertens' Napoli was too strong for the 'Nicois'. Koziello played in three of those four games, he was suspended in the return game against Napoli. Nice got the safety net of the Europa League and played against Lazio, Vitesse and ... Zulte Waregem.

The following season, he would be loaned to French second-tier club Paris FC in January 2020. He was immediately a key player there until covid ended the competition.

Last season he was again on loan from FC Köln, this time to the Portuguese first division side CD National, on the island of Madeira.

Koziello returned to FC Köln, where he still had a one-year contract. He now signs for three seasons + one year option at KV Oostende and hopes to get back his good form of OGC Nice.

Gauthier Ganaye: "I am delighted that we are finally getting this deal done, we have a very special player.

We already spoke to Vincent last summer and we kept in touch with him and his entourage. We convinced him that we were the right place for this new start in his career and this shows how far we have come as a club. He is very fit and used to our style of play, his creativity will improve us and his experience will be an asset to the team. Welcome Vincent!"