Under a leaden sun, the team gathered for the first training session of the new season. But not before trainer Alexander Blessin was honoured for his election as 'Trainer of the Season'. He received a nice picture frame. 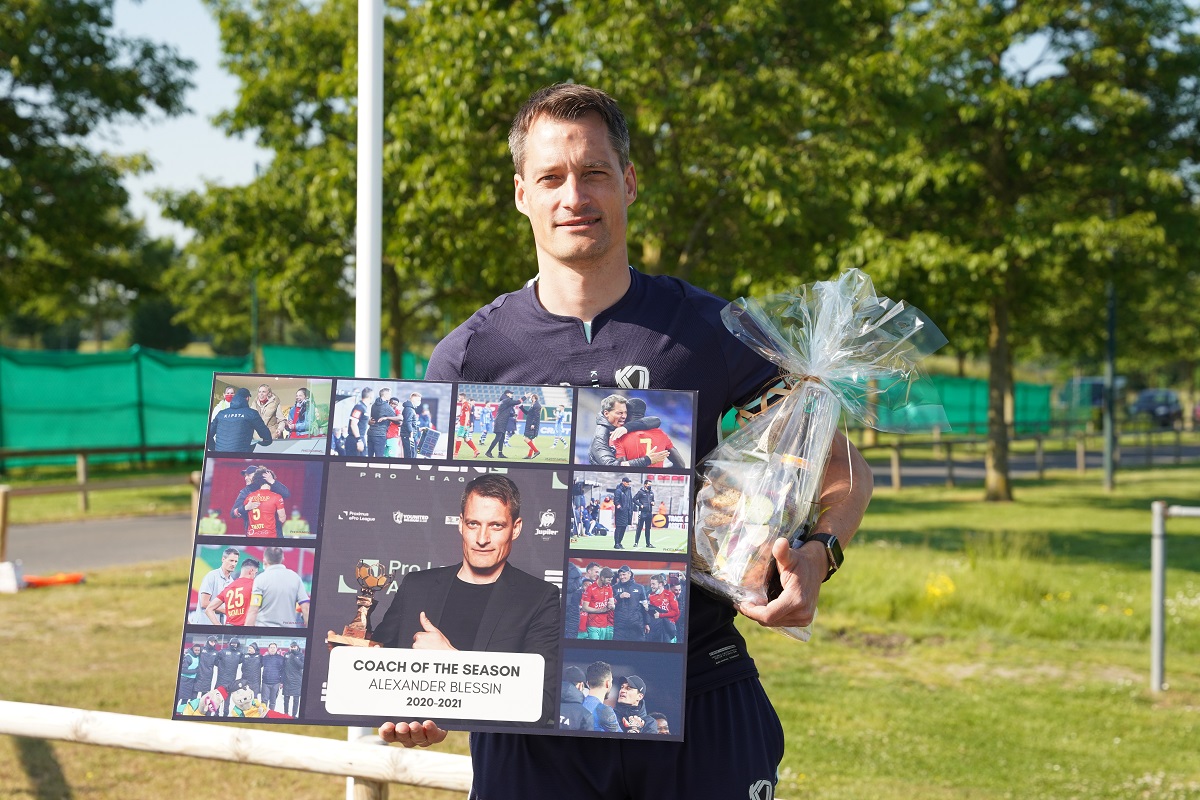 Alexander Blessin was honoured before the first training session

The first day of training saw a number of absentees. As announced, internationals Arthur Theate and Kenny Rocha are still enjoying an extended holiday, while Nick Batzner remained inside after a foot injury. But also Makhtar Gueye (tested positive for covid) and Frederik Jakel (ill) were still absent. Present: the 19-year old goalkeeper Lillo Guarneri (photo, see below). The Belgian Italian was in the youth several years in goal with AC Milan and played the past two seasons at Mouscron. He is now on trial, just like that other goalkeeper, Tobias Trautner, the son of goalkeeper trainer Eberhard Trautner. 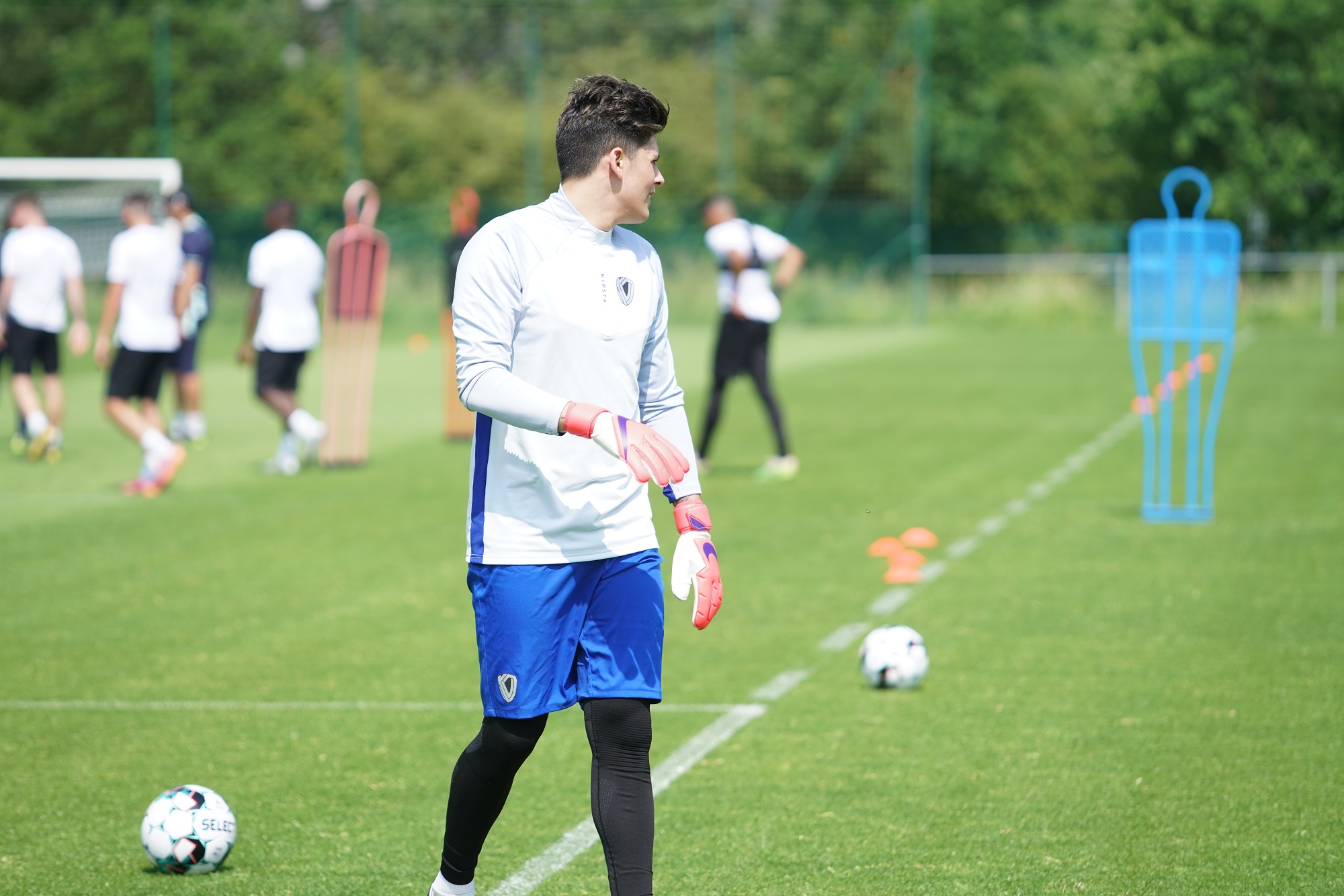 Belgian-Italian goalkeeper Guarneri is training as a test player 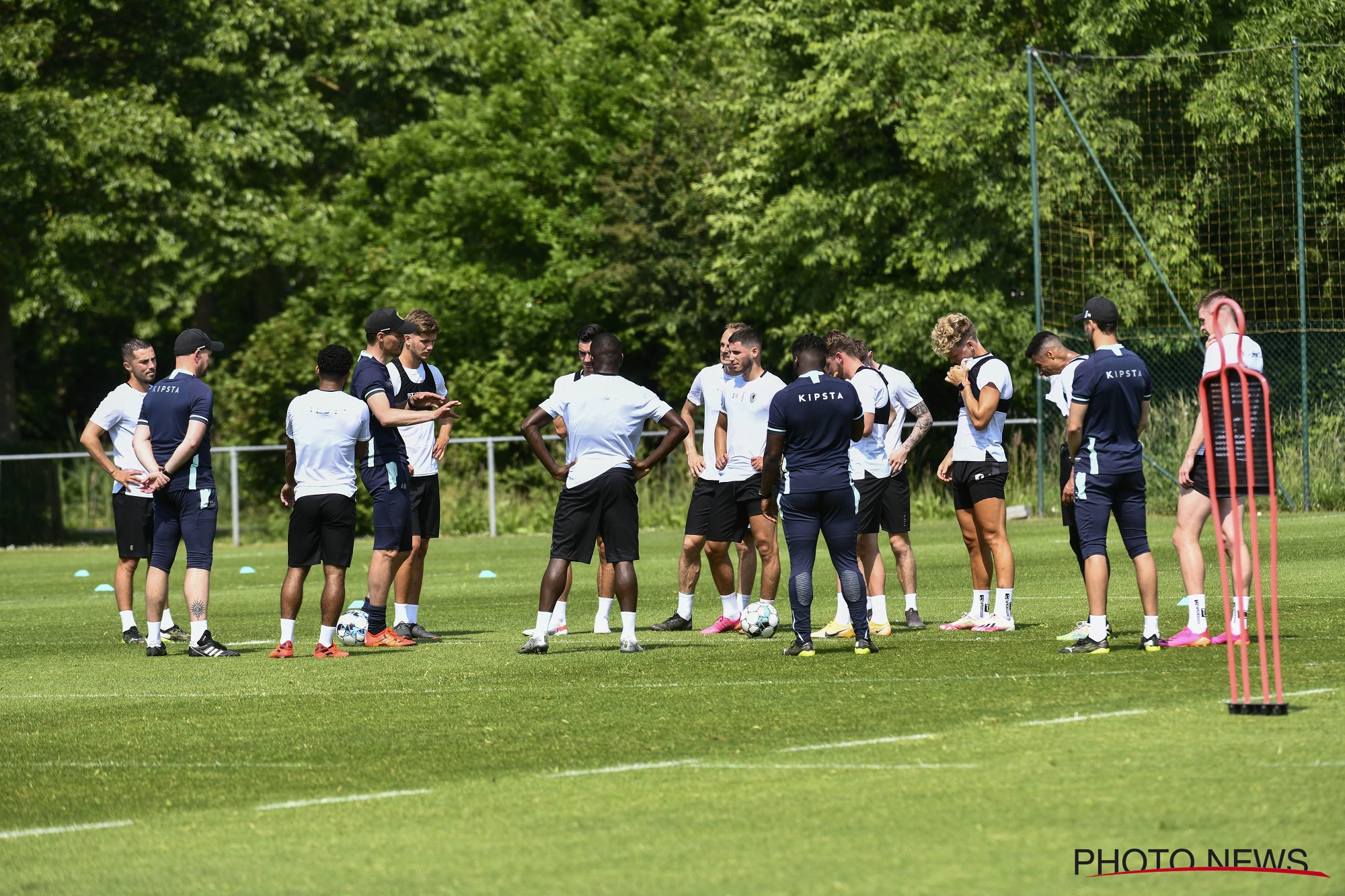 Next week Tuesday, June 22nd at 19h, KVO plays its first friendly on the field of Koekelare. Not coincidentally on that day because that is when KV Oostende celebrates its 40th anniversary. On the occasion of this game KVO will play in retro outfits adapted for the occasion.
A total of 300 tickets are available to our subscribershalf is already gone. Tomorrow the fanshop will still be open from 10am till 7pm.