INTERVIEW OF THE WEEK: MANUEL OSIFO

We are happy to have him back, our youth product Manuel Osifo. Last season he started very promising with, among other things, starting positions against Standard and Club Brugge, but after that he completely disappeared from view. That had nothing to do with sports but with medical reasons. He tells us all about it, but the most important news is: "I am one hundred percent fit again and completely ready to give everything this season."

Manuel Osifo started playing soccer with the defunct VG Oostende. After the disappearance of 'Véégéé', he joined KVO and went through the youth ranks up to the underclassmen. Despite being the youngest player in Kurt Bataille's gang, he stood out: defensively strong and a good soccer player. Alexander Blessin didn't fail to notice that either and he included the then 17-year-old defender in the A nucleus. In the last Playoff game at Standard, he even got to play for Kevin Vandendriessche, who was retiring. The following season, he was allowed to start at Standard and Club Brugge. A substitution at the end of September against Anderlecht would be his last achievement of the season.

Tell me Manu, what actually went wrong then?
"In the run-up to that match against Anderlecht, I already didn't feel very good. I had little energy and even during that short substitution I felt that something was wrong. After the game I went to the hospital in Ostend for tests, which showed that I had too much protein in my urine. Normally these proteins should end up in the blood and provide energy, but that didn't happen anymore. It turned out that my kidney filters were not working properly. I then spent a week in the hospital in Bruges where they turned me inside out. Then there was good news in the sense that there was no disease. That was quite a relief. I did have an inflammation of the kidneys and in order to get rid of it, I had to follow an intense course of cortisone."

I had to take an intense course of cortisone. luckily, it caught on and I knew everything would be fine."

That did mean not being able to play soccer for a long time.
"A cortisone treatment like that is extremely taxing on the body, which meant I wasn't allowed to exercise for at least six months. My face swelled up and I lost muscle mass. Every month I had to report for a check-up of my blood and urine. These showed that the cortisone had an immediate effect. So I felt that everything would be fine, but it was frustrating not to be able to play soccer. Anyway, my health was the most important thing at that moment, of course."

So when did you finally get to exercise again?
"At the end of February I stopped the cortisone treatment and at the beginning of March I started to run slowly and build up again. The intention was to be completely fit again at the start of the preparation for the new season. I succeeded, also thanks to the good support of the medical staff of KVO, led by doctors Verstraete and Backaert, and team manager Bart Brackez who practically helped me during that difficult period. And I certainly want to thank my mom, who has been my support and confidant all this time." 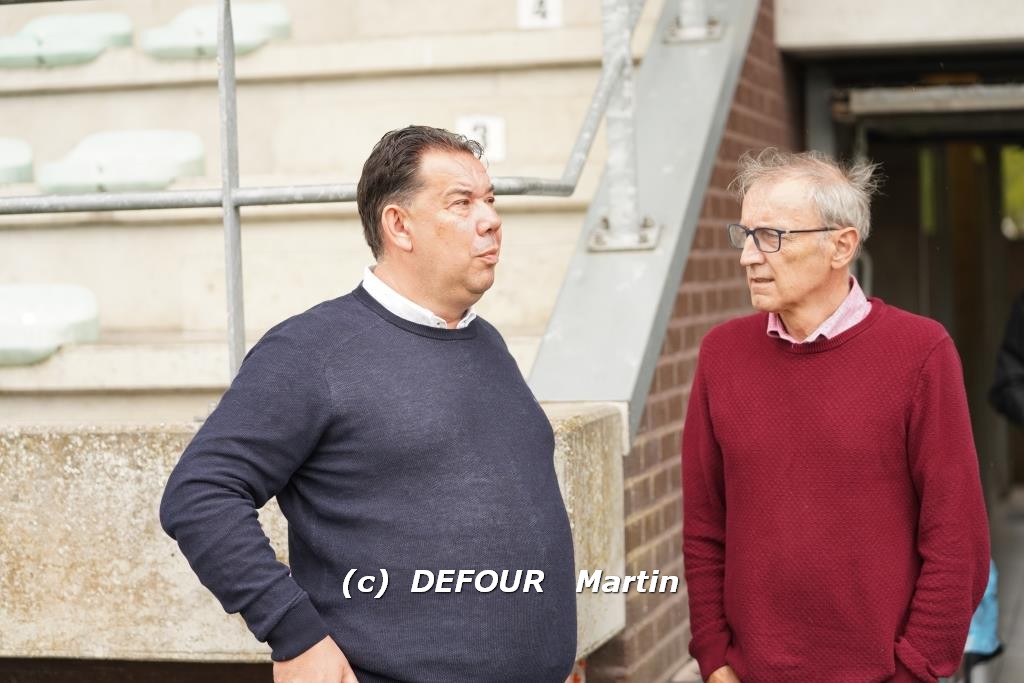 "The medical staff of KVO (led by Dr. Backaert and Dr. Verstraete) and Team Manager Bart Brackez helped me a lot.

So you've been declared completely cured now?
"Definitely. It ended up being an inflammation and it's completely gone now because of the cortisone treatment. I have no more or less chance than any other person of getting this again. It wasn't nice that I was slowed down in my personal growth as a person and as a footballer but maybe now I can say that I came out of it mentally stronger."

The preparation is now about four weeks away. How is this going for you now?
"Everything is going fine. I am so happy to be back on the field, to really be part of the group again. Physically too, everything is going well. After such a long time I might miss some match rhythm, but that will come back quickly because we play a lot of practice matches. Against Oudenaarde I got my first goal and that was a good feeling after a difficult period.

That may taste like more. Especially after you finished some nice matches against Standard and Anderlecht, among others.
"That was really a dream come true then. Playing in front of so many people with your own friends and family in the stands or in front of the television. Indeed, I hope it was just a starting point, but first and foremost I am now satisfied that I can play again. Now I have to work hard to be able to experience such moments again." 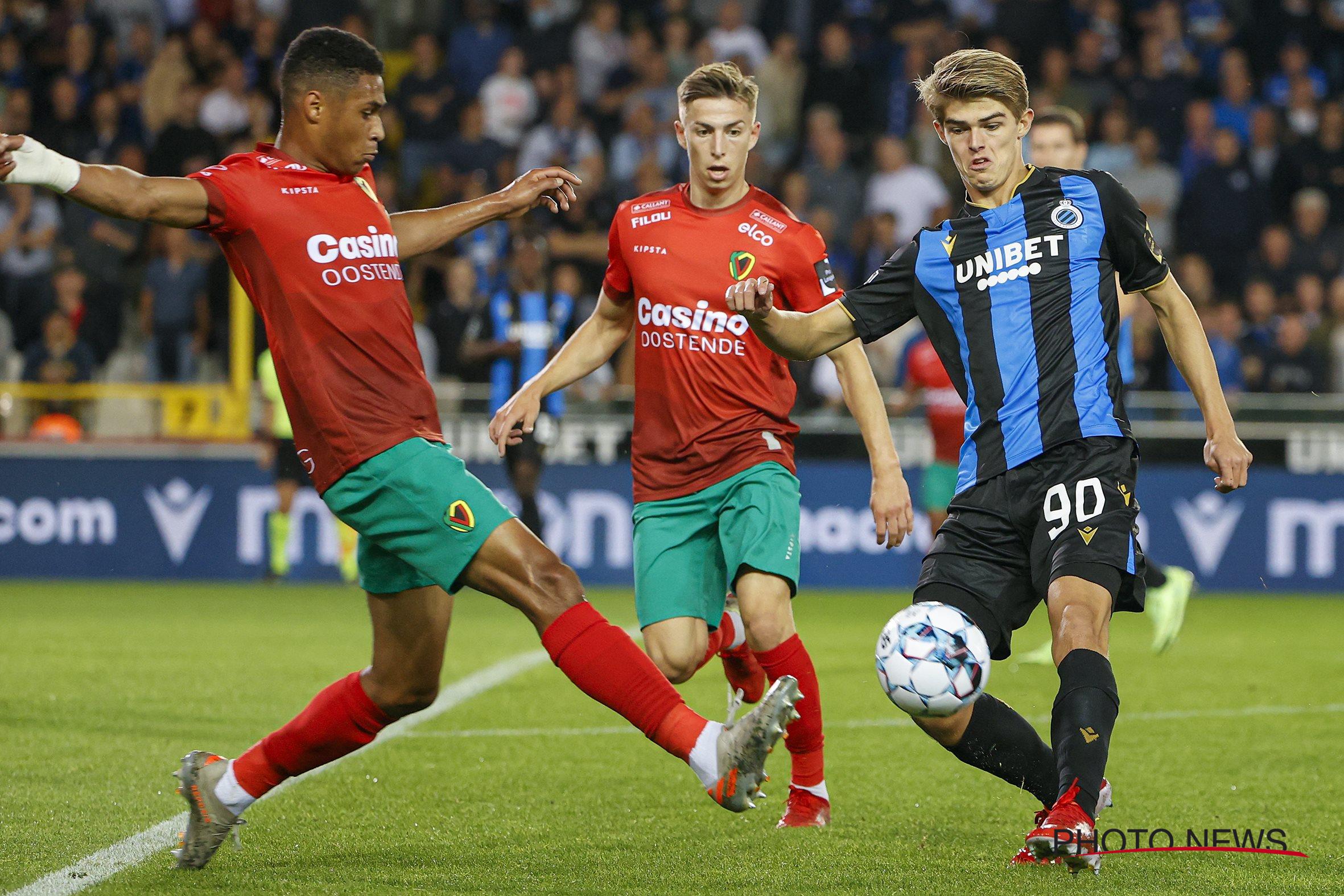 "Starting at Club Brugge and Standard: a dream come true."

You played in those games as a right back each time but actually you are more of a central player, no?
"At the time we were struggling with a shortage of right backs so I did indeed have to depanel there. I had played that before so it worked out quite well but I do feel more comfortable in a central position. Defensive midfielder is nice because you can then give yourself more of an attacking boost but, as a defender, it's perhaps easier to play soccer because you have the whole game in front of you. Oh well, it doesn't really matter to me where I am, I'll do my best on every position."

Did you talk to Yves Vanderhaeghe yet about how he sees your position?
"Not yet specifically but I don't have to either. During the preparation I played mostly as a central defender, except for a quarter of an hour as a defensive midfielder. I like Yves' way of working. He is very calm and approachable."

Can you compare him to Alexander Blessin?
"Alex had a much brighter verbal presence. Especially in the exercises where we had to master our pressing, he was very short: 'Push, push, push', he would shout (laughs). Yves is, as I said, a bit calmer and more gentle. That will probably also have to do with his experience. Both are good trainers. I will always be grateful to Alex for the opportunities he gave me as a young player. Now it's up to me to build on this together with the current coaching staff."

We wish you good luck in advance Manu!