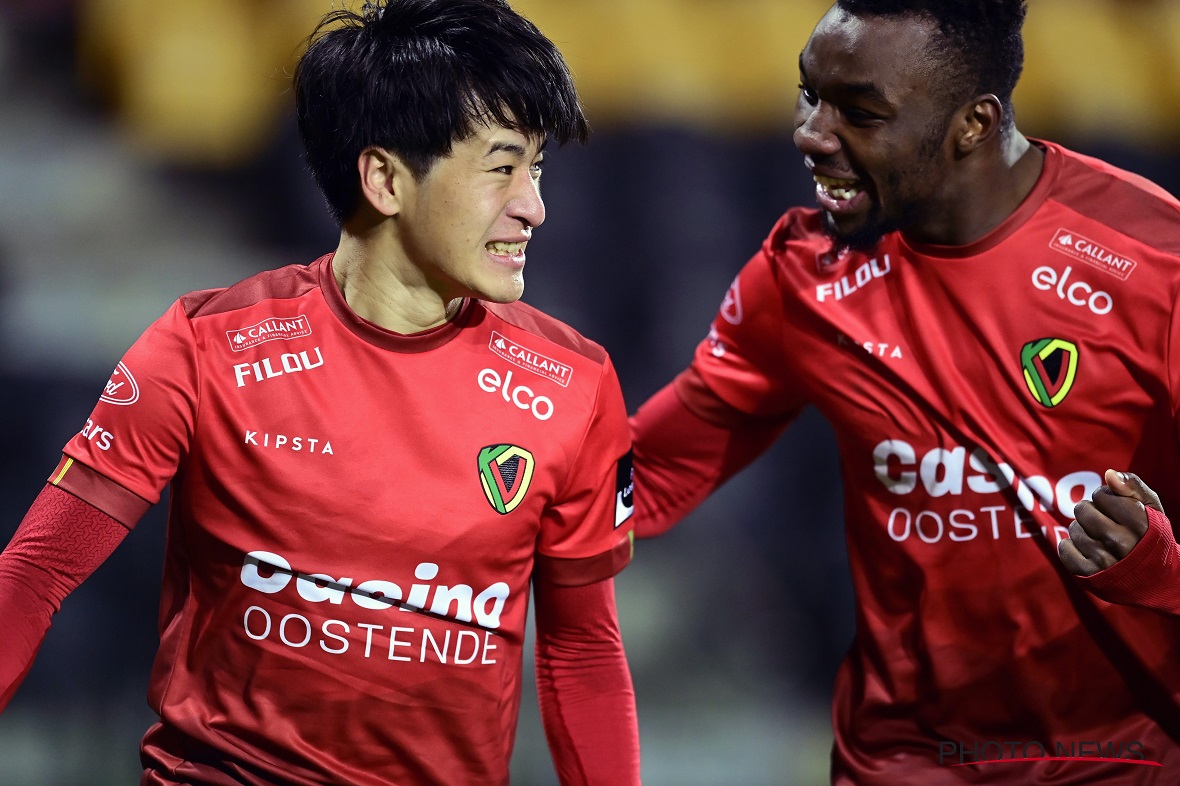 It was Antwerp that got the first chances but Benson and Yusuf did not get past an attentive Hubert. KVO did not let themselves go unchallenged either. First a shot by Ambrose went wide, then D'Haese was unable to finish off a nice move. At the other end Naingolan was close to scoring the opening goal, but his wonderful volley went wide. A little later Frey managed to score the opening goal but he was offside. Five minutes before the halftime signal Ndicka scored on behalf of KVO, but again the goal was disallowed after being narrowly offside. Milimeter work.

In the second half, there were quite a few chances on both sides. The first one for Oostende was an immediate winner. Sakamoto with a wonderful passing move and ditto service for Medley, who worked in from close range. Antwerp woke up and started forcing the pace, while KVO lurked on the counter. However, it was the inevitable Frey who got a little too much space and kicked in for the 1-1. Moments later, it was an entirely cold shower for KVO after Balikwisha kicked in from close range to make it 1-2. Markus Pflanz tried with some substitutions to turn the tide, but 1-2 remained the final score. Next Tuesday the team will travel to Gent.