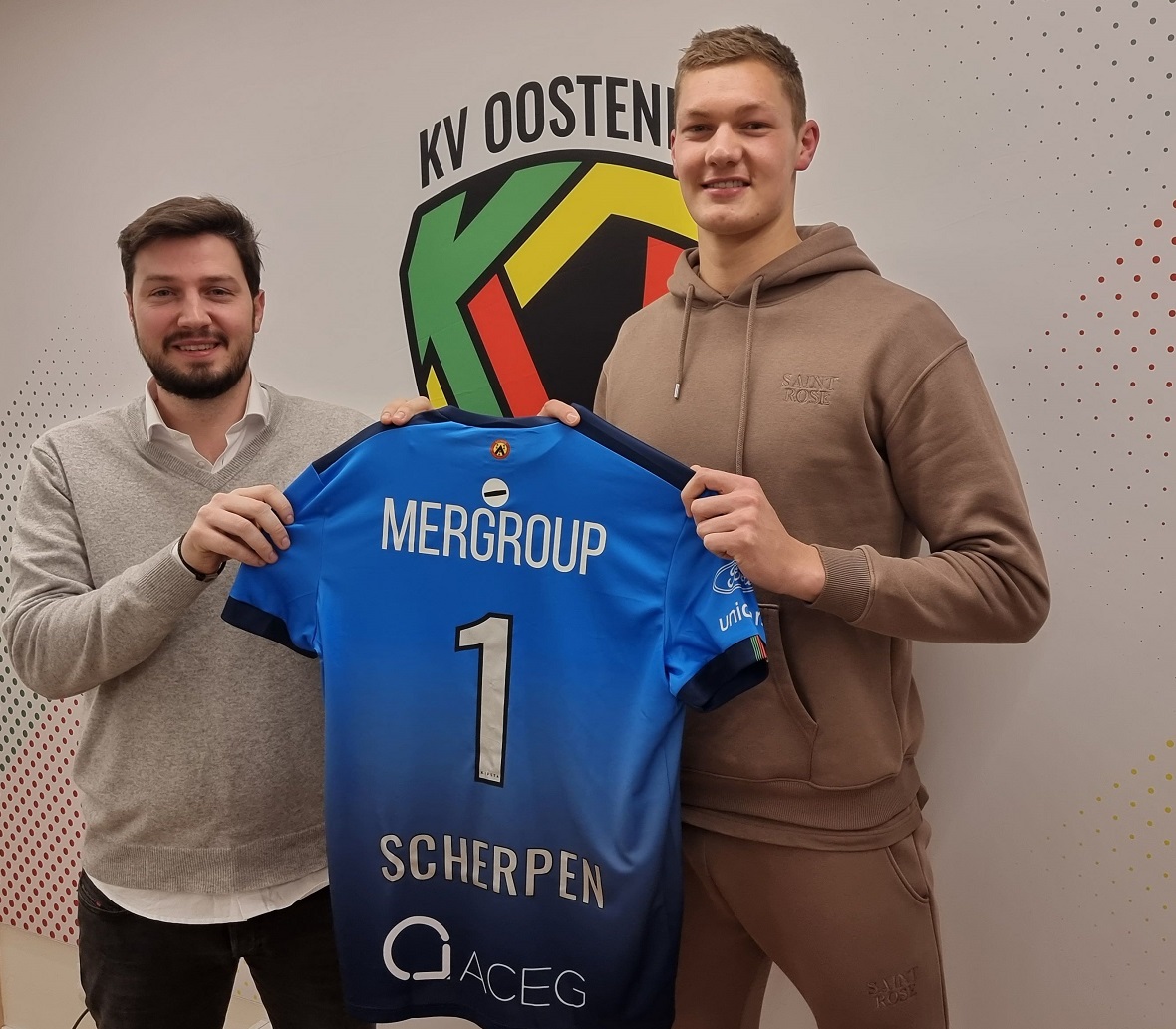 KVO has strengthened itself with another goalkeeper on this last day of transfer. The Dutchman Kjell Scherpen (22) comes over until the end of the season on rental from the English Brighton & Hove Albion. Kjell Scherpen is a promising goalkeeper of the Dutch national team and is considered a great talent there. In 2019 Ajax bought him away from FC Emmen. At Jong Ajax he was a regular in the first division but he was also under the bar four times for the 'big' Ajax, including a Europa League game against AS Roma.
Last summer, Scherpen closed the Ajax door behind him and signed with Premier League club Brighton & Hove Albion. There he made his debut a few weeks ago during the FA Cup match with West Bromwich Albion.

Gauthier GanayeWith his 2.04m Kjell is a tree of a guy, impressive when he is between the posts. Despite his young age, he has already gained a lot of experience at Ajax and in England and he is one of the rising talents in Dutch soccer. It was one of our priorities to get an extra strong goalkeeper and with Kjell's arrival we have certainly done that."