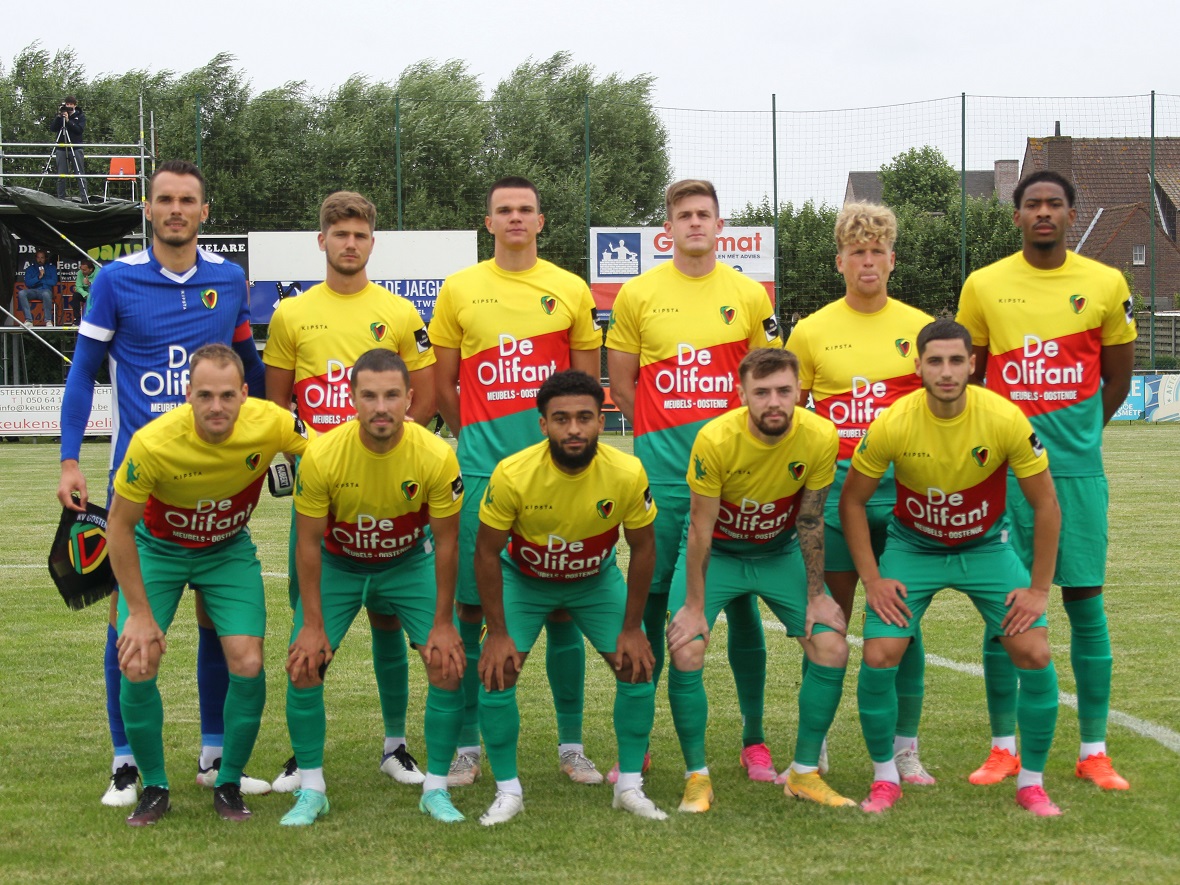 It was 40 years ago that the fusion club KV Oostende was founded and because of that KVO played against VV Koekelare wearing special retro shirts, referring to the first promotion of KVO in 1992. Even the former sponsor 'De Olifant' showed off the shirts as before. Icons Essende and Obi kicked off the game, the latter together with that other icon Johnny Nierynck provided live commentary during the Facebook broadcast. KVO eventually scored ten times.

At KVO, Bätzner (foot) and Gueye (covid) are not yet in the squad. Newcomer Kenny Rocha was also not available due to holidays.
With newcomer Zech Medley, promising Preben Stiers and Max Geschwill (tester, Hoffenheim) we also saw three new faces at work.

In the first 20 minutes, the ambitious third-provincial held their own, but then the spring broke. In the first half the damage was limited to 0-3 after goals from Boonen (2) and Kvasina, but in the second half the game was over. It was a tough verdict for the courageous home team: 0-10, with goals in the second half from Boonen, Berte (2x), Patoulidis, McGeehan, Ndicka and Stiers, who had been awarded a penalty.

Watch the goals in the video below.