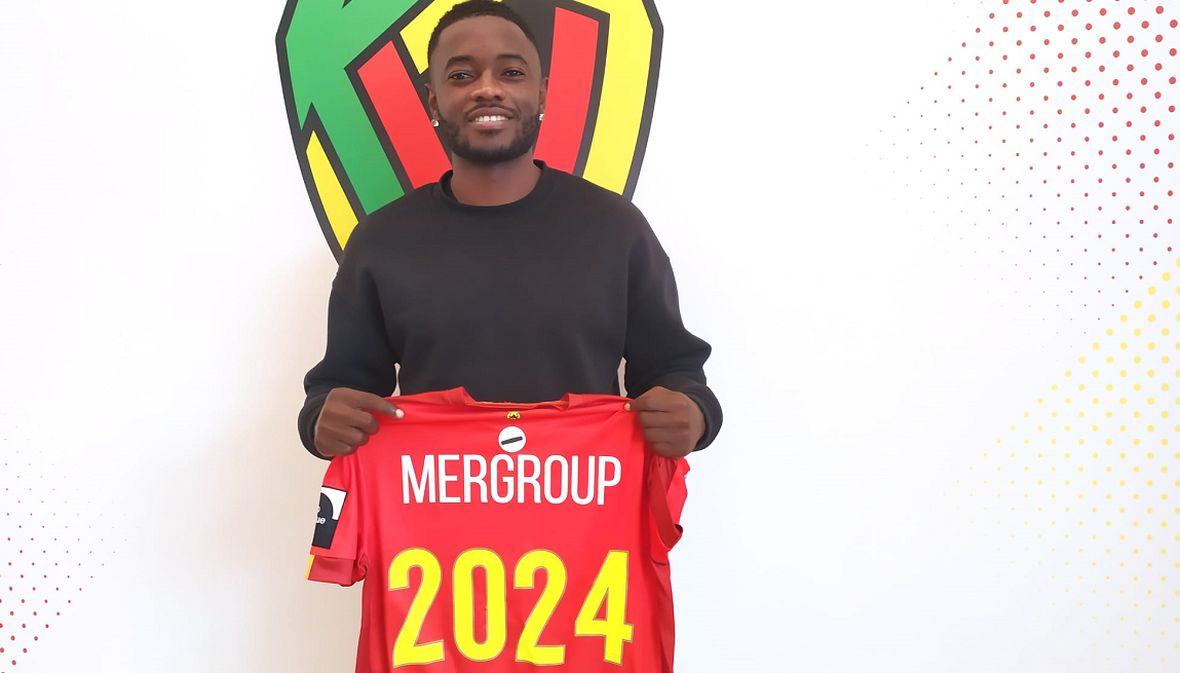 KVO has signed David Atanga (24) for three seasons. The striker comes over from the German second division team Holstein Kiel. Welcome to the team !

David Atanga went through his education in the Red Bull group, where he started in the local youth academy in his home country of Ghana, before ending up at Austrian FC Liefering. That club acts as a satellite club for the young talents of the Red Bull group and RB Salzburg in particular. There he quickly made his mark with 13 goals and 8 assists and so in July 2016 he ended up at the great RB Salzburg, where he made minutes in the Europa League and Champions League qualifiers. For example, he was still in action in the pools of the Europa League in the 1-0 win against Marseille. Marseille then qualified for the pools after a win against, among others ... KV Oostende.

He was then loaned out to FC Heidenheim, SV Mattersburg, St. Pölten and Greuther Fürth respectively. There he stood out with his speed and a pack of assists. In July 2019, he said goodbye to the RB group and ended up at Holstein Kiel. The past six months he was loaned out to Austrian Admira Wacker, so now he comes over permanently to KV Oostende.

Gauthier Ganaye: "David went through training in the Red Bull group so he fits perfectly into our system. He is used to playing 'Gegenpressing' and with his speed he can be a scourge for any defence. I am confident we will see the best of David soon. Our homework is almost done now, except for maybe one or two positions."

Alexander BlessinI know David from his time at Red Bull Salzburg and I've followed him throughout his career. He can bring us depth and speed, something we still needed. I'm looking forward to working with him."