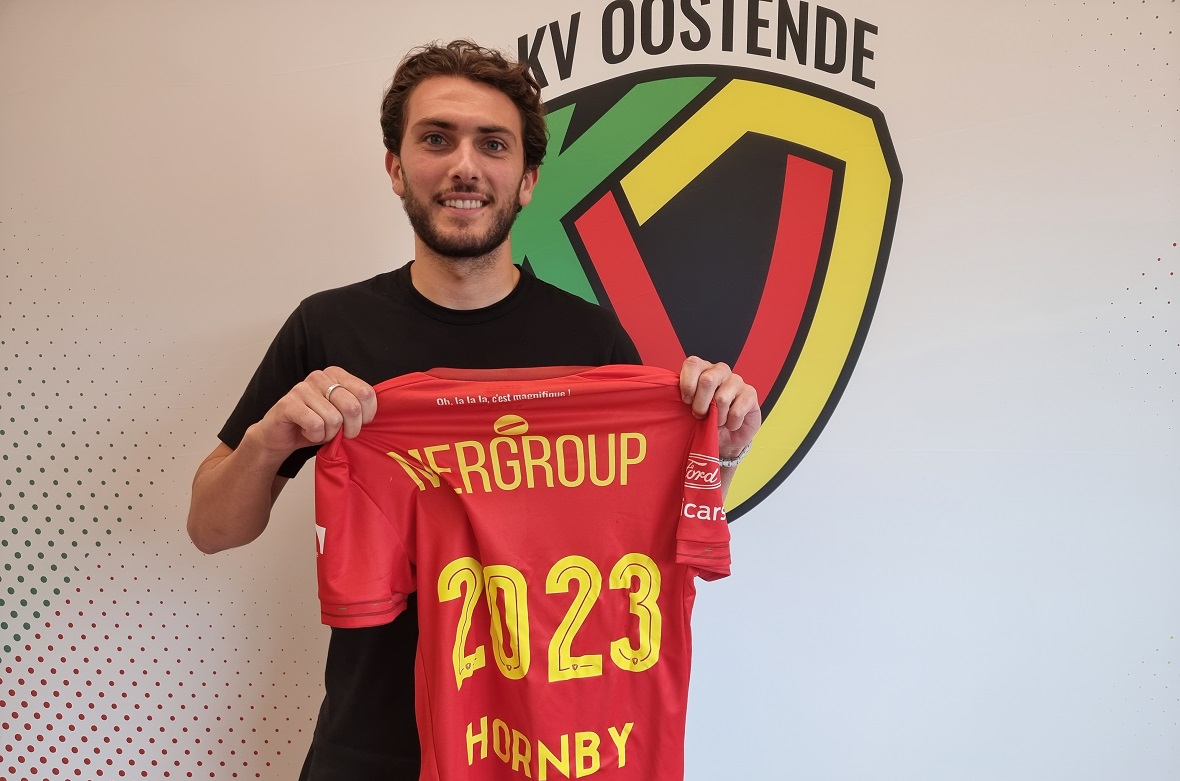 Fraser Hornby grew up in Everton's youth series and progressed to the U23s. He gained his first experience in a first team squad in our Pro League, at KV Kortrijk. In the 2019-2020 season, as a 19-year-old, he made 12 appearances there and scored three goals. His coach at the time was ... Yves Vanderhaeghe.
In 2020 Everton sold the tall striker (1m95) to French first division club Stade de Reims. In his first season he was loaned out to Aberdeen in Scotland for half a year, but last season he made 13 selections in the French Ligue 1. Now he returns to Belgium after two years.

Gauthier Ganaye: "Fraser is a striker I wanted to bring to KVO before but the right moment never came. So I'm satisfied that it has finally happened. As a youngster in his twenties, he already made minutes in the French Ligue 1 and that is no mean feat. However, he is now at an age where he needs playing minutes on a regular basis to develop further and we have already proven that we can make young players better. He has enormous potential: he is big, physically strong and knows how to score goals. I am convinced that he will develop further here."