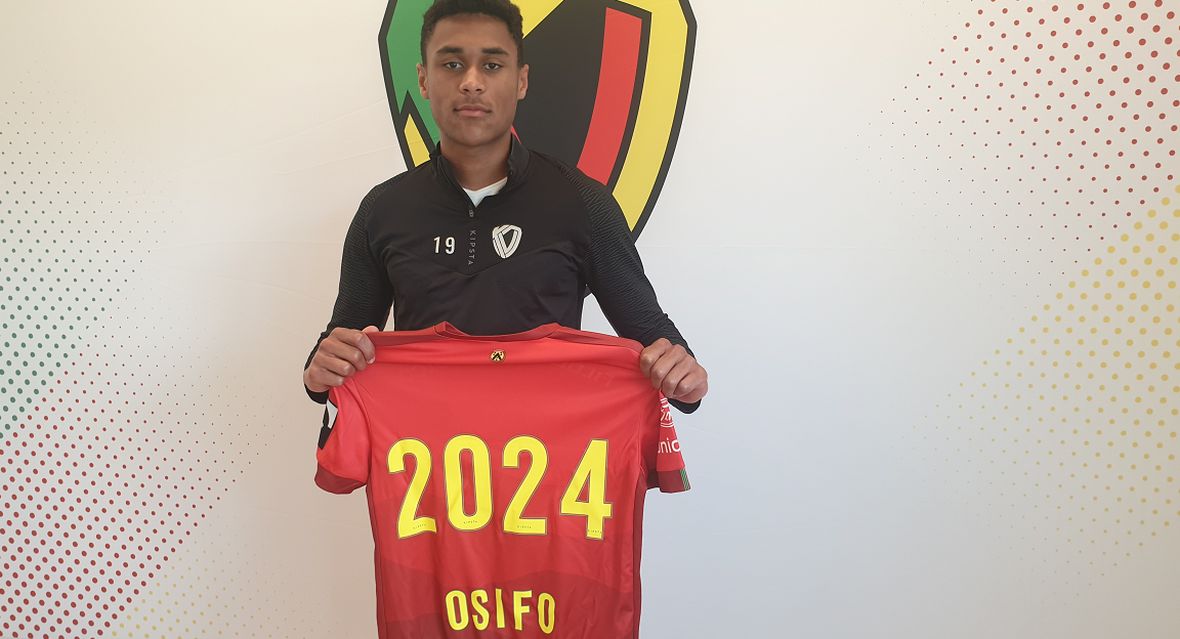 Youth product Manuel Osifo (18) has signed a professional contract until 2024. Manuel has been a permanent member of the squad since this season and has already impressed during the preparations. That is now rewarded with a full contract.

Manuel Osifo is born and raised in Oostende and took his first steps in football with the defunct VG Oostende. He quickly ended up at KVO and went through all the youth ranks. At the age of seventeen he was called up for Kurt Bataille's underprivileged team. It is there that Blessin and his coaching staff were impressed by his abilities. "

"I had to come along in extremis as a substitute for a pledge match," so says Osifo. "I started on the bench but when a central defender fell out, I had to depan. I played a good game and the coaching staff was just standing by. As a reward I was allowed to try an exhibition game with the first team against Zwevezele. Last season I got my first real playing minutes at Standard. That was fun, but I remain sober under all that. Also now that I'm signing my first contract. I still have to prove everything, and I'm working hard to get somewhere.

Just like Jelle Bataille, Robbie D'Haese and Rocky Bushiri before him, Osifo also comes from the Edufoot project, co-directed by KVO figurehead Lars Wallaeys. "Edufoot shows that the targeted mix of learning and sports works. Manu is another prime example of this. His work ethic and commitment is brilliant. I am therefore pleased that he is now making the step up to the first team."

Watch the introduction video below !