During the international break, three players from our world team have been called up to represent their country. They are Freddie Jäkel, Nick Bätzner and Kenny Rocha Santos.

For defender Jäkel and midfielder Bätzner it was their first selection for the U21 of Germany. They took on Israel and Hungary for the qualification matches of the European Championship under 21. With two goals in the last five minutes, Germany recorded the 3-2 victory against Israel. In Hungary, they won easily 1-5. Bätzner got his first playing time in the match and came on after 70 minutes. Jäkel remained on the bench. Our two German internationals will return to training on Thursday.

Our number 10 Kenny Rocha Santos was called up again for the Cape Verde national team. They played two qualification matches for the World Cup 2022 against Liberia. Both matches resulted in a victory for the Cape Verdeans. Rocha played the first game 90 minutes and in the return game he came on the field after 60 minutes. Cape Verde is in second place in their pool. Nigeria is leading by two points. Our playmaker will return to training on Thursday.

NO MORE DRINKING OR EATING IN THE STANDS 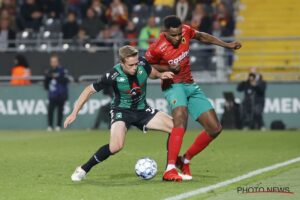