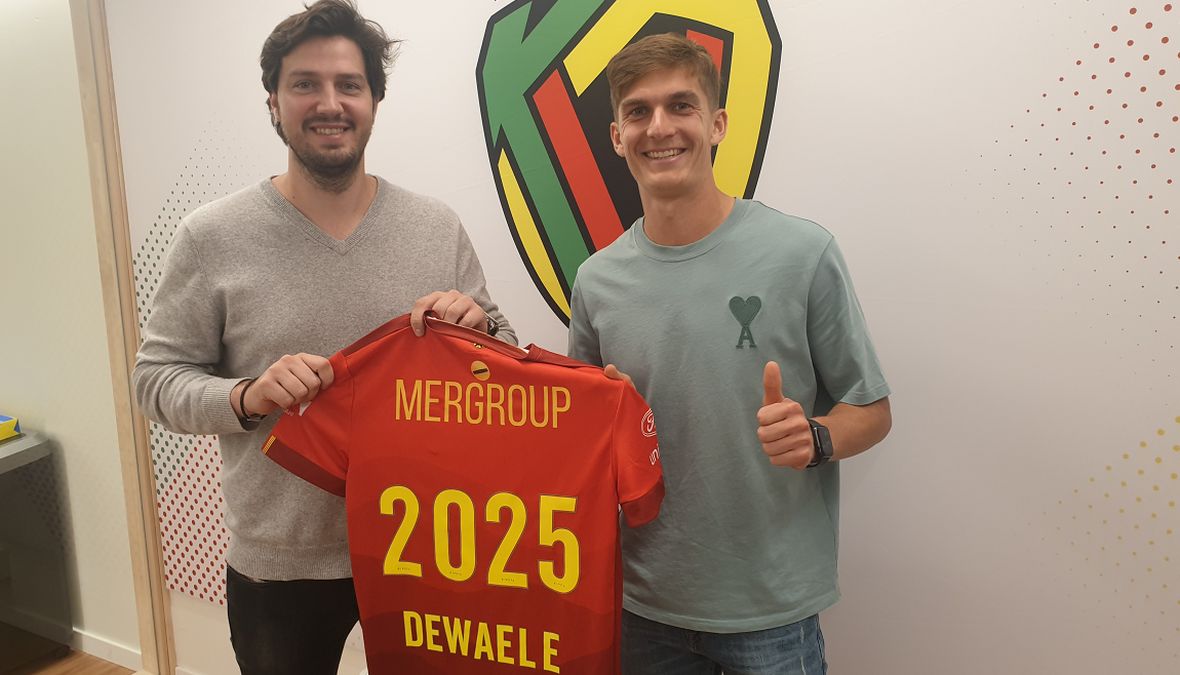 SIEBEN DEWAELE FROM ANDERLECHT TO KVO

The young Belgian midfielder Sieben Dewaele (22) comes over from Anderlecht and signs a contract until 2025. He will be loaned out to Nancy for one more season.

Sieben Dewaele was born and raised in Kortrijk and broke through in the 2019-2020 season as a youth product of Anderlecht. He then played 15 times for Purple-White and was also a regular player in the national youth selections of the Red Devils. Last season, he was loaned out to Dutch first division side Heerenveen.

Gauthier GanayeSieben is a young Belgian player with a lot of potential. It is therefore not surprising that he was on our radar for a while. We wanted to get him at the beginning of this transfer period, but that was not possible at that time. Because we've recently acquired two midfielders, Amadé and Koziello, and Nancy needed reinforcements on that position, it was wise to let him play one season at Nancy first. Next season he will return to the Belgian league with an extra year of experience on his counter."