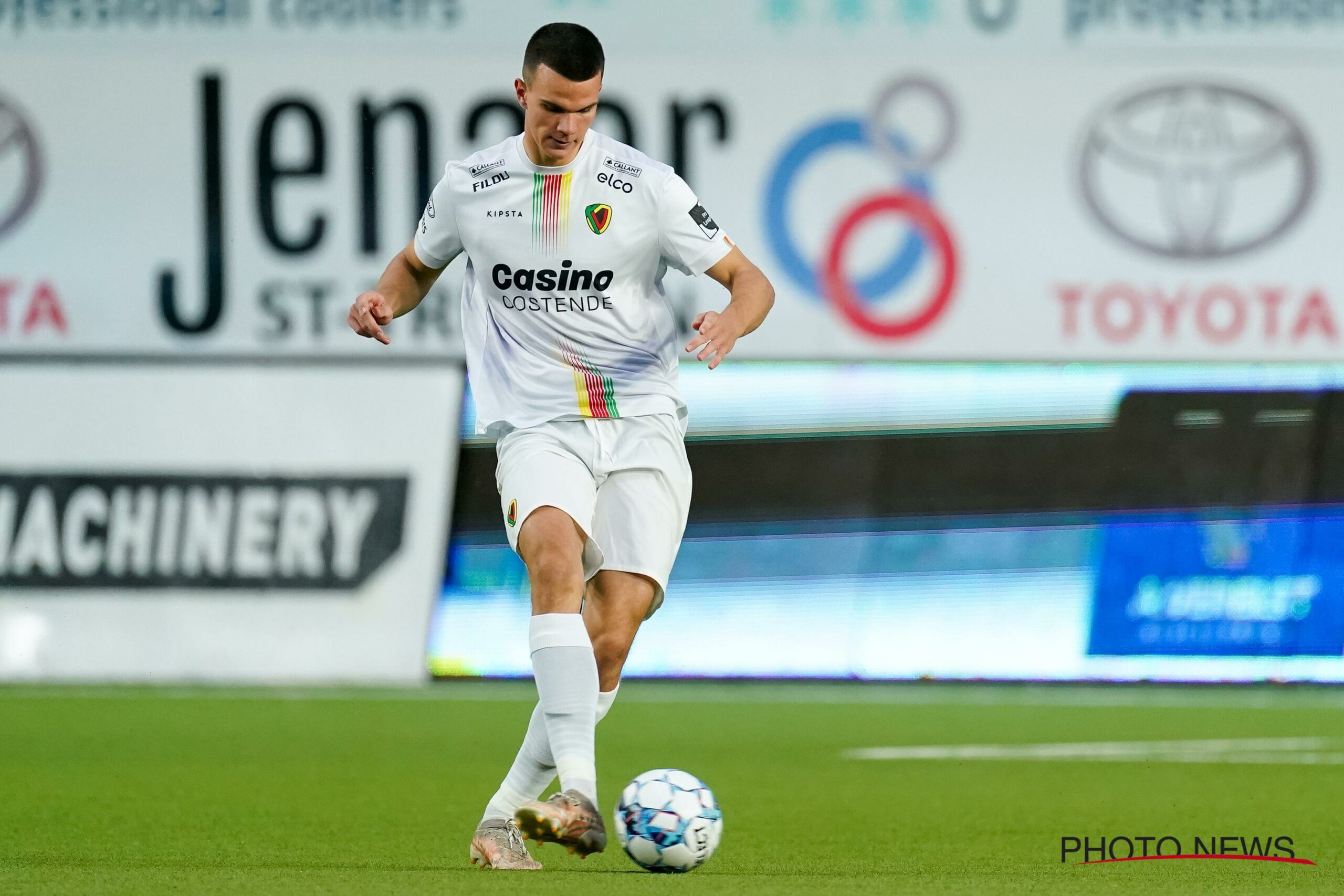 With a goal from striker Makhtar Gueye the Kustboys take a point in far away Limburg after a difficult game.

The home side started brightly with a dangerous cross from De Ridder that whizzed past them. The first notable chance was for the visitors but Gueye cracked his shot. At the other end, a De Ridder goal was disallowed for offside. The best chance of the first half was for the Coastal Boys, but Ambrose kicked a Capon cross wide from close in.

The first attempt after the coffee was for the home side, but the unmarked Hashioka hit the side netting. The pressure kept on and a goal followed soon after. Hubert was able to keep out a shot but Hara followed up to tap in the rebound (1-0).. The Coastboys didn't give up and came alongside when Gueye headed the ball diagonally past Schmidt (1-1).. After a misunderstanding in the Oostende defence, Hubert and the post kept Hara from scoring a Limburg goal. Reitz saw a place ball go wide. With fifteen minutes to go Siebe Wylin made his grand debut for Oostende, as Capon had just been injured. In the end Reitz saw his shot blocked by Ndicka. Just before the referee called the game to a close Suzuki headed a Brüls cross wide.