After a spectacular game and a ditto goal fair, KVO won with no less than 3-9 on the field of second amateur team Zwevezele. In the first half, KVO didn't have it under the market against the home team, where ex-KVO'ers Niels Coussement and Niels Bataille (brother of) were the most famous names. Jelle Bataille was present to support his brother and former team mates. 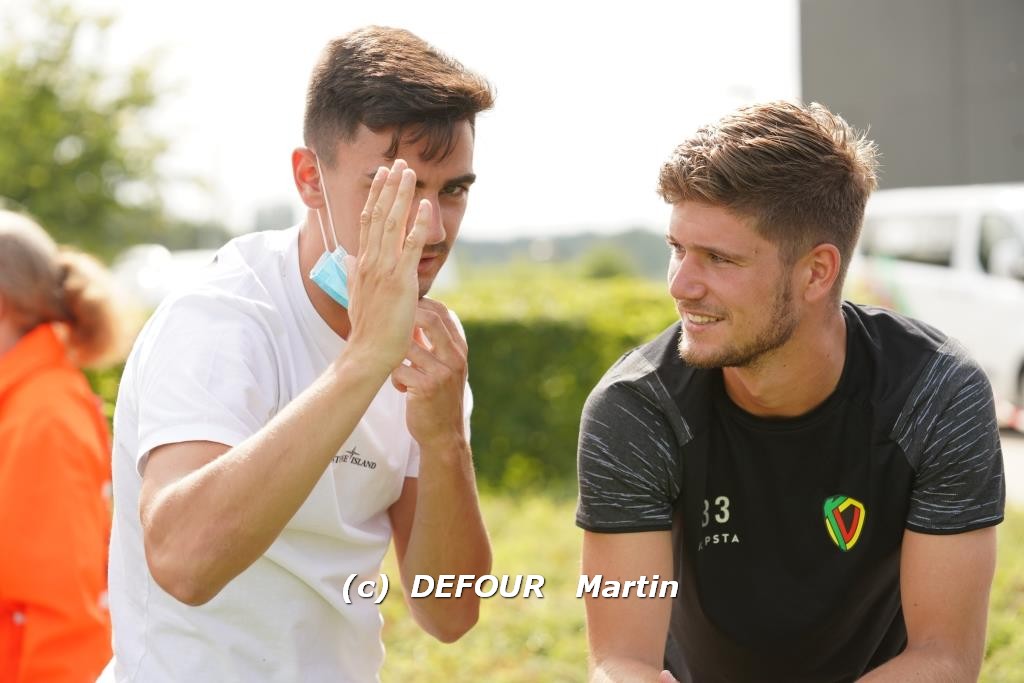 The goal fair started after just three minutes when Kvasina headed in the 0-1. The home side didn't let that put them off their stride and within ten minutes they were 2-1 up. Kvasina scored his second with a well struck header. And still the spectacle was not over yet. Zwevezele took the lead again, but Berte (lob) and McGeehan (penalty) put things right before halftime: 3-4.

In the second half Zwevezele held on for a bit, but after that the game was over. Stiers (2x), Bätzner and Ndicka made it 3-8, newcomer Medley added the final touch with a well struck header. Final score 3-9.