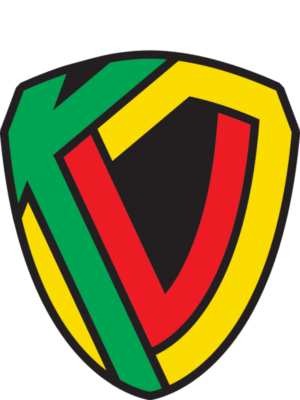 MIDFIELDER KENNY ROCHA SANTOS (21) SIGNED A CONTRACT UNTIL 2025. HE COMES OVER FROM SISTER CLUB AS NANCY WHERE HE WAS AT THE END OF HIS CONTRACT. "THIS IS A NEW STEP IN MY CAREER," SAID THE CAPE.

Kenny Rocha Santos was formed in the famous youth academy of St. Etiénne with which he made his debut in the 'Ligue 1' as a mere 17 (!)-year-old. He would eventually make six appearances for 'Les Verts', before ending up at second-tier AS Nancy in the summer of 2019. There, he quickly became a base player and, in short order, also a tastemaker and crowd favourite. Last season he was involved in no less than 15 goals with 6 goals and 9 assists.

"It's true that I had a big part in Nancy's season and of course I'd like to repeat that at KVO as well," Rocha says. "My favorite position is purely in midfield, the 8 so to speak, but I can also play on 6 and 10. The most important thing is that the pressing system of KVO suits me perfectly. I like to play football in that way. I'm looking forward to start training here on 16 June and to finally play in front of the crowd again. The Belgian first division is another step forward in my career."

Executive President Gauthier Ganaye is very pleased with this transition. "Kenny told me in Nancy that he was ready for a new challenge and when I explained the KVO project to him, he was very enthusiastic. With his pressing qualities, measured kicking technique and personality on the pitch, he is the ideal pawn for our system'. Kenny is a fantastic acquisition for KV Oostende. It's positive that we got this deal done so quickly and I look forward to seeing him play at the Diaz Arena."