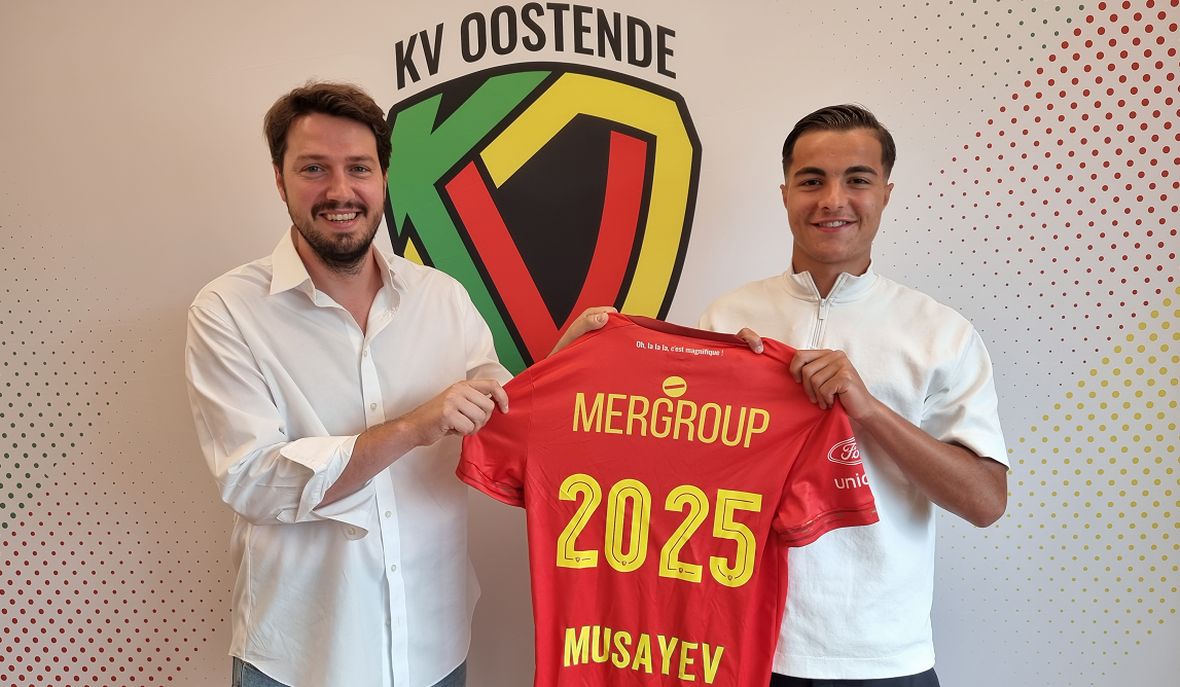 Youth product Andy Musayev has signed his first professional contract. He commits to KVO through 2025 with an option for an additional season.

Andy Musayev started playing soccer in 2009 at the now defunct VG Oostende but ended up at KVO in 2012. After three seasons at Club Brugge, he went through the entire youth ranks at KVO. Last season he stood out as a dangerous flanker in the U21 team of Kurt Bataille. After the season, he charmed the crowd in a game with the U23 team against the A-team and scored. He started the preparation for the upcoming season with the A-core team and continued the same way, scoring four goals against Oudenaarde. Now he sees his efforts and achievements rewarded with a first professional contract. Congratulations Andy!

Gauthier GanayeAndy was already in the limelight with the U23 team last season and now got his chance in the A core. He took it with both hands because he is working very well in his preparation. Andy deserves the chance to be a full part of our squad and we are delighted that he is continuing his early career at KVO as an Eastern youth product. I look forward to seeing him progress here."