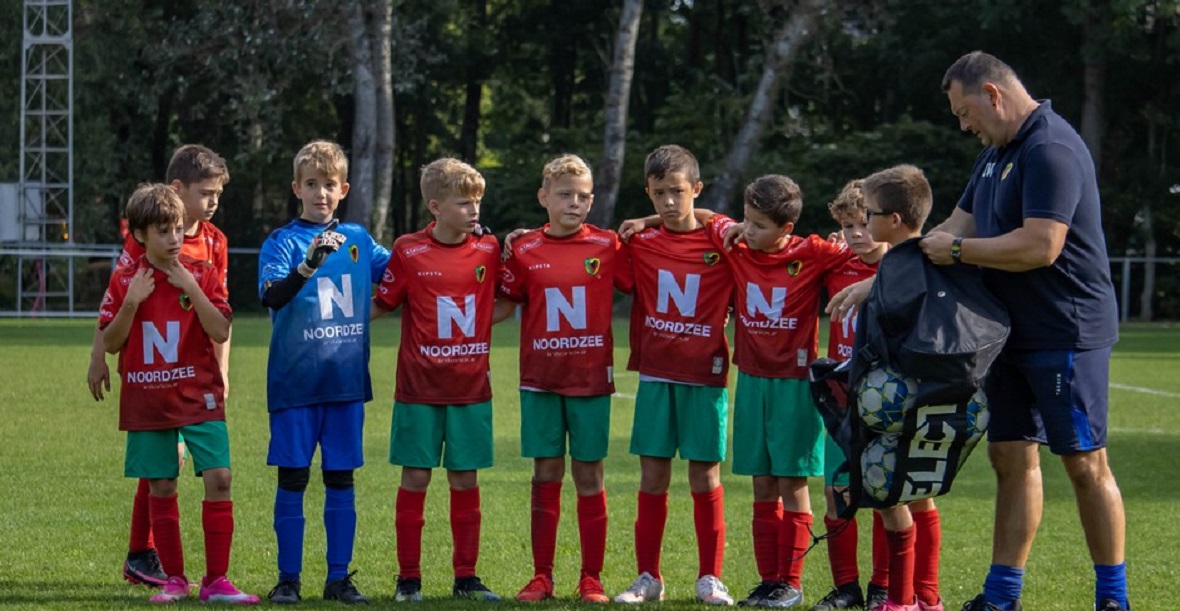 The North Sea Interior Se'Academy, that is the name of our youth training program since this season, with which Gino Vanderhaeghen connects his firm to the 'epic' soccer center at the Schorre.
"The first team of course appeals most to the imagination, but for me the youth academy is the club's flagship. 600 youth players, just imagine how many families are directly or indirectly linked to the club. It is therefore an honor for me and my company to give the name to our youth academy." 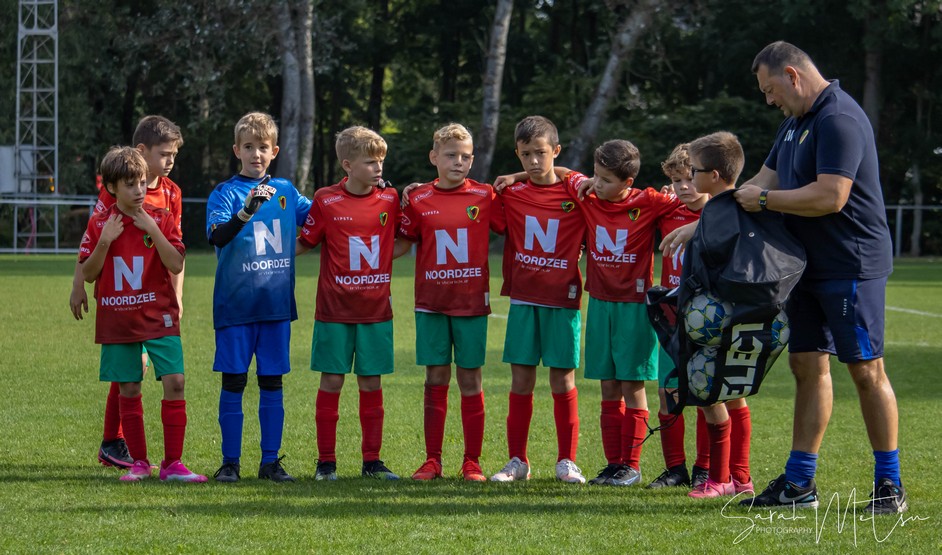 Noordzee Interieur, the proud sponsor of our youth academy

"Noordzee Interieur is located in Middelkerke, so we can still speak of a solid, local anchoring," adds the youth director Rik Coucke on.
"I recently read the newspaper interview with our own youth product and current Antwerp player Birger Verstraete. In it Birger indicated that the language of communication at the Schorre is now French and that there are hardly any trainers from Oostende left. I know Birger well because I was a youth trainer myself and I assume that Birger was at least misinformed. Out of 600 youth players, we only have about five players from Brussels who do not know Dutch. That is a very small percentage. In addition, 13 of our 25 elite trainers and 20 of the 32 trainers in total come from (the immediate surroundings of) Ostend. That is a very large percentage. I can therefore assure Birger that there is still the same KVO-feeling here as when he still walked around weekly, supplemented with further professionalization. It has been a long time since Birger was at De Schorre, so I would like to invite him to come and take a look. Then he will be able to see for himself why so many youth players have joined the first team in the past 18 months." 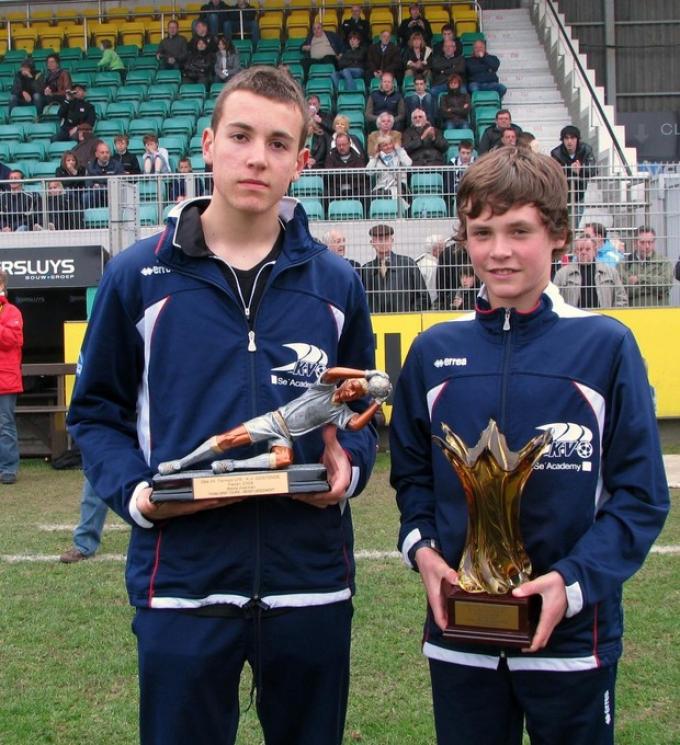 After Rocky Bushiri, Jelle Bataille and Robbie D'Haese came through from the youth to the first team, this season some new guys are indeed taking that step, as indicated by Youth coordinator Nils Vanneste.
"With Manuel Osifo and Siebe Wylin two boys recently debuted in the first division. Manu is now unfortunately out for a while with health problems but he already showed what he has to offer. Siebe also stood his ground in the games he played. With Brock, Coninckx, Badu and Boufath there are four more guys training with the A-core and Preben Stiers and Mo Berte are gaining experience at sister club FC Den Bosch. I think there are few clubs where own youth products get so many opportunities." 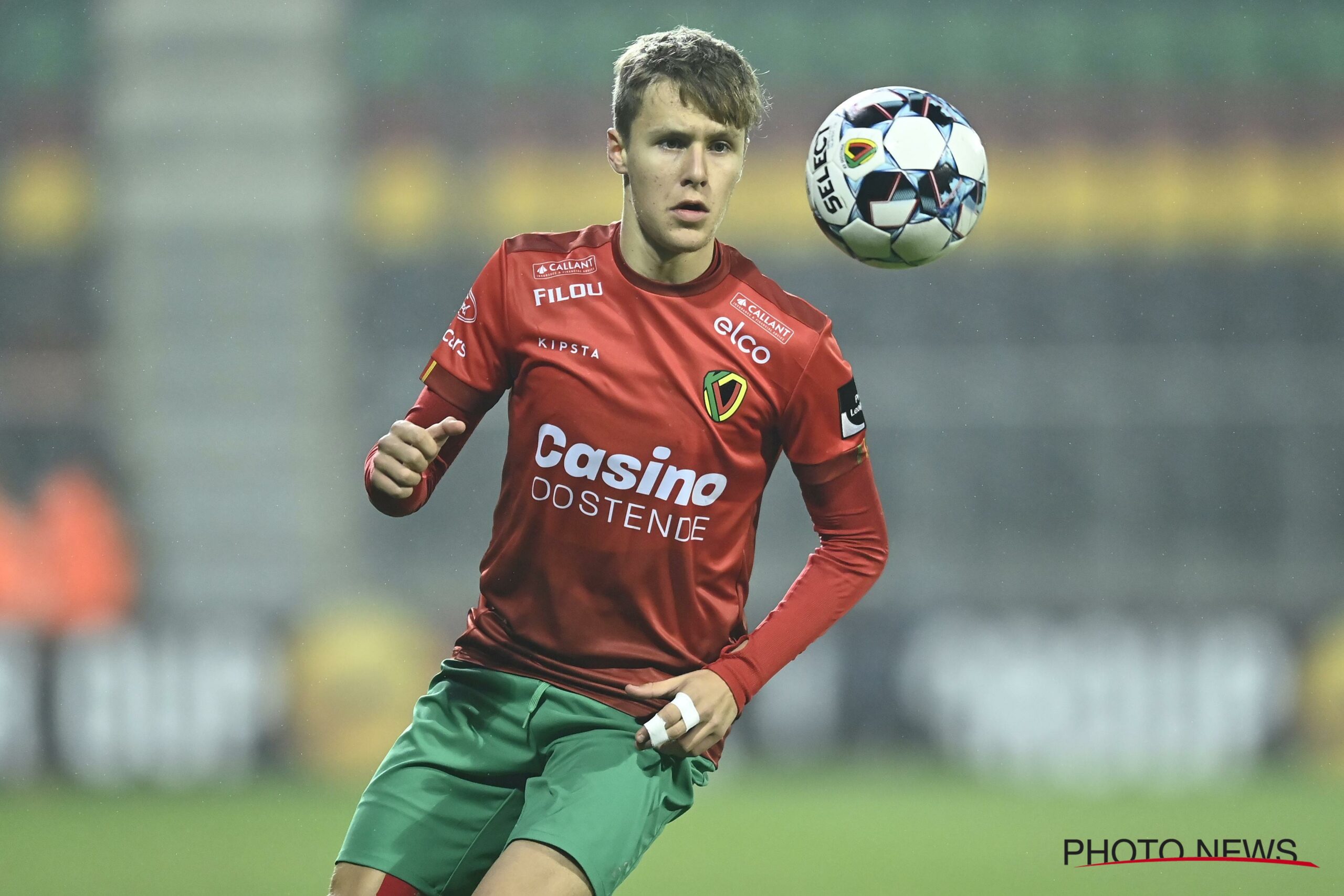 Siebe Wylin broke through this season

Add to that the fact that the North Sea Interior Se'Academy is social role holds in high esteem. "Through the UITPAS, several children who are not so well off have joined our club," explains Rik Coucke out. "That means they only have to pay 20% of the membership fee to play soccer with us, KVO and City of Ostend match the rest. In addition, we are very proud of the work of André and Jessie. They are our social cell since this season. They support youth players in all areas. Just think of Ibrahima, who lost two brothers in a house fire in the spring. With the help of André and Jessie, that boy was more or less able to pick up his life again. In short, a warm and family approach are still an undisputed goal here."

The operation of the North Sea Interior Se'Academy is not limited to De Schorre or Oostende. Via the We Se'A partnerSHIP project is collaborated with eleven (!) clubs from the region.
"That collaboration creates a synergy between the several clubs," adds Nils Vanneste to. "The better players from those clubs can start working at KVO and the footballers who fall by the wayside here can go there. But we also provide training for their youth coaches.

And last but not least, we are still extremely proud of our EDUFOOT Operation, the project that combines school and soccer. KVO co-founder Lars Wallaeys, who played more than 300 matches in the first team, is one of the initiators of this project and it enabled Bushiri, Bataille, D'Haese and Osifo to find a balance between studying and playing soccer and to launch their professional careers. Today, 60 of our players are studying through this EDUFOOT project ".

Osifo (left) is one of the boys following the Edufoot project, a project pulled by KVO cofounder Lars Wallaeys

"In summary, we are very proud of the work being done here, in all directions. Our people from the Noordzee Interieur Se'Academy are sailing an almost independent course, with of course regular consultation moments between the first team and the youth to see how the cooperation can be improved, but the core, the essence and the heart of the youth department have not been touched since the takeover. We are looking forward to seeing even more youth players move on to our A-core in the future, and to extend the good practices of our youth department to the youth organizations of our sister clubs", our COO concludes, Thorsten theys.

BURGER KING COMES TO OOSTENDE AND AS A SUBSCRIBER YOU CAN EAT THERE FOR FREE!