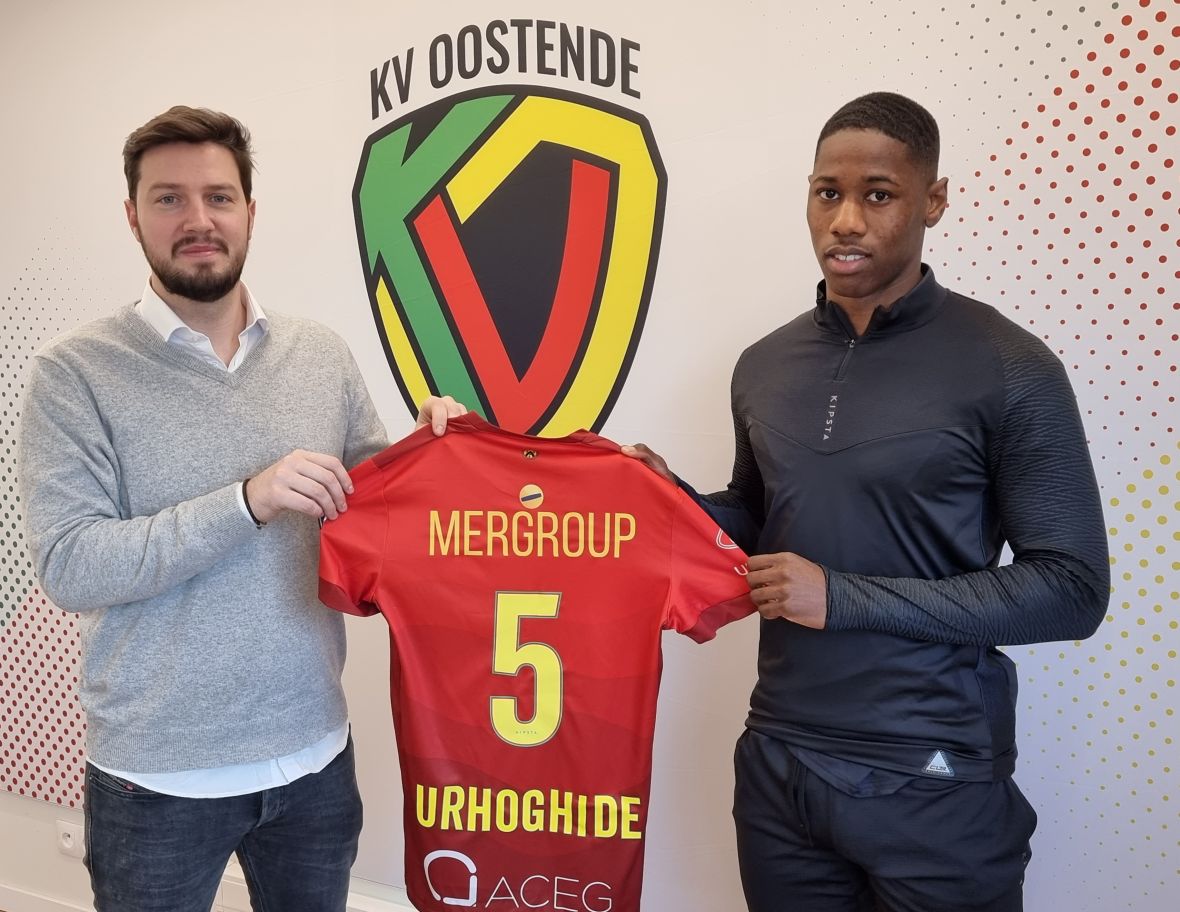 KVO has strengthened itself on this Transfer Deadline Day with 21-year-old defender Osaze Urhoghide. KVO is renting him from Celtic Glasgow and also negotiated a purchase option.

The Englishman with Nigerian roots was born in the Netherlands but moved to the United Kingdom as a five-year-old. There he went through the youth ranks of FC Wimbledon and one year ago he broke through as a professional footballer with Sheffield Wednesday in the English Championship. There he immediately stood out as a hard and fast defender and that aroused interest from several clubs across Europe. In the end it was Celtic Glasgow who came out on top.
At the Scottish top club, he made his debut as recently as last December in the Europa League against Spanish side Real Betis. Celtic won 3-2 and Urhoghide played the whole match as right back. However, it is the position of central defender that suits him best.

Gauthier Ganaye: "We have been following Osaze for quite some time so we are very pleased with his arrival. Moreover, we definitely wanted to negotiate a purchase option because we firmly believe in his talent. In our philosophy, we try to avoid renting without a purchase option, so I am very happy with the deal we have reached. Of course, comparisons will be made with Jack Hendry, but Osaze is a lot younger than Jack and still has a lot of room for progression. At KVO, we are known for making young players better and we want to do the same with him. I am looking forward to seeing him make his first minutes here."

Osaze Urhoghide: "I am a defender who does not shy away from duels, I like to defend hard and I always give myself 100 % for the colors of my club. At an absolute top club like Celtic it's not easy for a young player to become a basic player. I learned a lot in training every week but now it was time for me to actually make playing minutes. That is also the reason why I chose KVO. This club has a philosophy of giving young players opportunities and making them better and that sounds like music to my ears. I hope to be able to play my first minutes here soon."