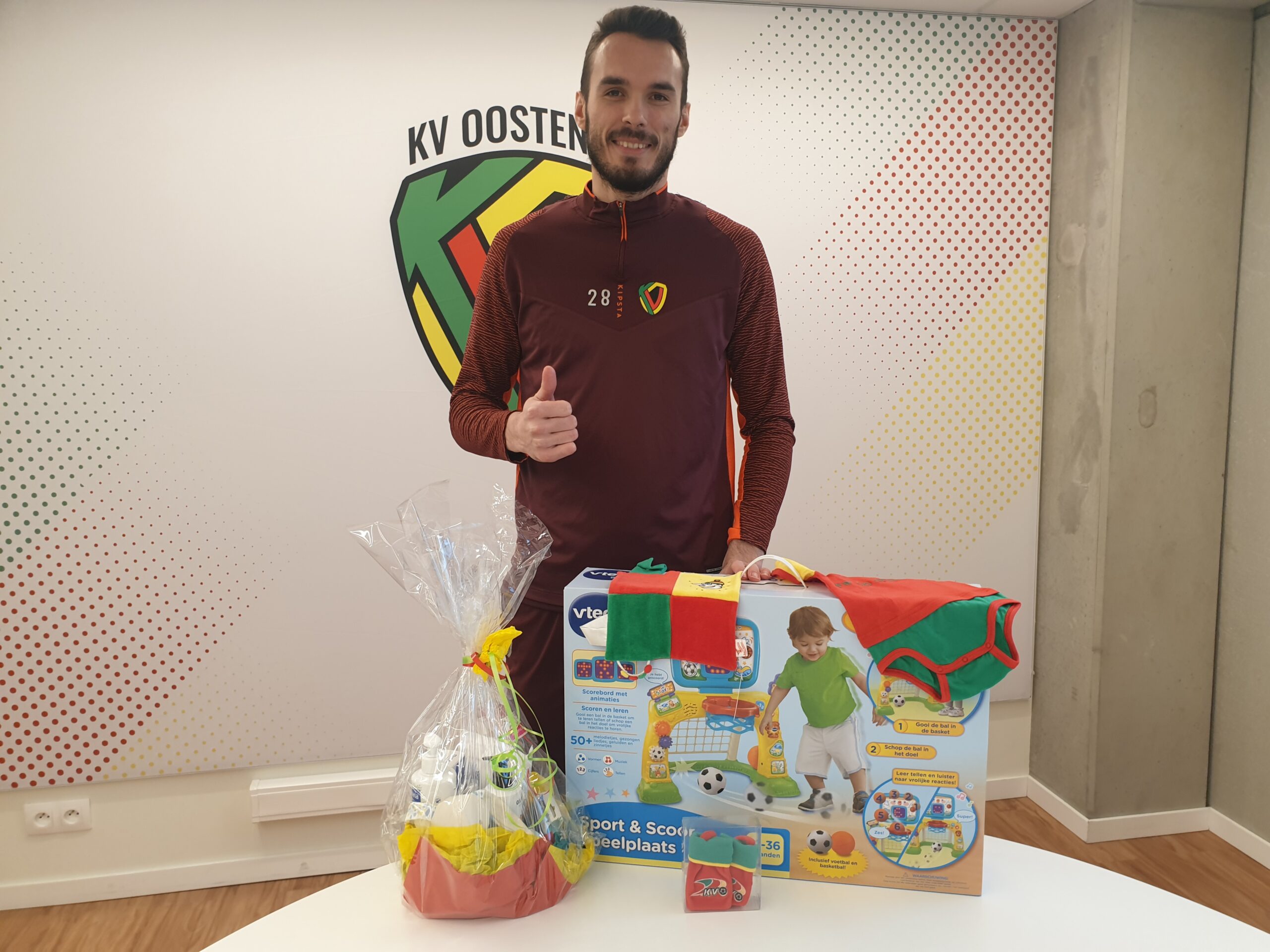 INTERVIEW OF THE WEEK: GUILLAUME HUBERT

This week, our goalkeeper Guillaume Hubert sits down for an extensive interview. We talked to him about last week, when he celebrated his birthday and became father of his first son, Sacha. We also look ahead to the match against Zulte Waregem and the rest of the season.

Guillaume, first of all congratulations. It was a special week for you with the birth of your little son and your 28ste birthday. How did you experience that?

Special, that's the least you can say. Sunday I became a father of my first child. Together with my wife I chose the name Sacha. Two days later it was my birthday and I celebrated it in the hospital. You can't wish for a nicer birthday, can you?

A baby there, in the meantime, do you manage to sleep a little at night?

Sleeping in one piece is not for me at the moment, but thanks to my wife I do manage to get enough sleep. If I have slept a little less during the night, I try to find other moments during the day to get some extra rest.

Will there be any siblings for Sacha?

Well, for now I have my hands full with my newborn son, so let me get used to that first. My wife and I are open to having another child, but not right away. We'll see what the next few years bring.

You may be lucky that the internship didn't happen, that way you were able to experience the delivery.

In itself, I think these internships are an added value but indeed, this way I could be present at the birth of my son and I will remember that for the rest of my life. And last year we didn't go on internships either and then we had a good performance in January. Hopefully that will repeat itself this year. The matches that are coming up now are very important. First we play Saturday at Zulte Waregem, and then Antwerp, Gent and Cercle. On paper, these are not the easiest games, but they are games that we can certainly win. For me, a win against Zulte Waregem would be the icing on the cake of a wonderful week."

This season you only got two clean sheets, against Gent and Beerschot. How come we can keep the zero so little?

That's down to the whole team, including myself. I have already kept good matches, sometimes it could certainly be better. We have to work as a team to give away as few chances as possible. Unfortunately, it happens too often that we do, and then I do my best to keep the ball out of the goal, but unfortunately I don't always succeed. We also have to remember that we lost two good defenders with Arthur Theate and Jack Hendry. That's a big part of the defense that left. That's why we had to reorganize and that takes time.

We attracted three new players in the meantime, have you spoken to them yet?

Yes, especially with Albanian then, because she also speaks fluent French. But I have also spoken to Sakamoto and Duncan and they are two nice guys. I can communicate more easily with Kyle Duncan because he has a good command of English, but it's a bit more difficult with Sakamoto. However, I have seen that we have gained very specific reinforcements with these three guys. Sakamoto has a very good first control and acceleration, although he will of course have to adapt to a new league and culture. Alessandro Albanese has a good action in the feet and also has an excellent finish. Kyle Duncan also seems to me to be an important reinforcement because after the departure of Jelle Bataille, several players have already had to take their place on that right flank. I hope these three guys are physically ready to be included in the core as soon as possible.

We are currently 14the in the standings. Surely that penultimate place of Seraing is not so far away. Is there a certain pressure in the player group?

Yes, there certainly is. But I already experienced that once at Cercle Brugge. We started the season very badly with 3/33, but we still managed to get enough points to secure our place in the top. The pressure you feel then is different from the pressure you feel when you are competing for the top places in the league. At the top of the ranking there is a good healthy pressure, at the bottom I would describe it more as a negative pressure. That's how I heard that some players experienced it at Cercle Brugge a few years ago. It doesn't bother me that much.

Your fellow goalkeeper Jordy Schelfout broke his finger at training last week, how is he doing?

Very well, he has already undergone surgery and must now begin his rehabilitation. For a goalie, a hand injury is definitely not the most fun injury. With every ball you have to take after your rehabilitation, that feeling will get better and better, but the first trainings will be very difficult for him. Anyway, first of all, he now faces several months of rehabilitation so let's hope he'll be back as soon as possible. So I wish him a good and fast rehabilitation.